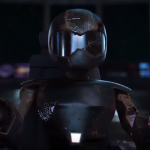 Hello KiumaruHamachi, greetings and welcome to the Narutopedia! Thanks for your edit to the Talk:Kakashi Hatake page.

Re: (i now i ask alot when it comes to stuff like this) creating a fanmade timeline

I don't have the ability to just say "you can" to anything (that would destroy the community orientation of the wiki). If the community is ok with it, then ok. In the past we've normally deleted those kind of things. ~NOTASTAFF Daniel Friesen (DanTMan, Nadir Seen Fire) (talk) Sep 8, 2009 @ 03:34 (UTC)

Re: question about the caution symbol next to age

I don't think it will disappear until we have something to add. You could talk to Dantman, he knows more about the infoboxes then I do. And aout the sign, have you tried to not use space between the symbols? Jacce | Talk 18:54, November 6, 2009 (UTC)

You mean "how do I get rid of", your statement confused me for a bit. That's there because Age inside the generic character infobox was never supposed to be anything but a number. (deceased) was never intended to be part of that, so because the age parameter is invalid SMW puts a sign there to signal that the input is invalid. That's just something to ignore until the new character infobox is ready. ~NOTASTAFF Daniel Friesen (DanTMan, Nadir Seen Fire) (talk) Nov 6, 2009 @ 19:06 (UTC)

I have no clue where you saw that. The new character infobox looks much like the generic one we are currently using, but it is properly setup to have relevant parameters to the wiki, and it uses a easy to use form just like the jutsu infobox currently does. You don't even need to copy a infobox boilerplate. ~NOTASTAFF Daniel Friesen (DanTMan, Nadir Seen Fire) (talk) Nov 6, 2009 @ 19:20 (UTC)

w:c:anime:Template:iBox is the system being used to create the new infoboxes. It's a system I designed awhile ago to make creation of infoboxes elegant, clean, and easy to use. It does depend on a number of templates and css styles. You could try to copy stuff over, but the easiest thing to do is just have the wiki added to the sync que. ~NOTASTAFF Daniel Friesen (DanTMan, Nadir Seen Fire) (talk) Nov 6, 2009 @ 20:55 (UTC)

I learned it by reading websites about learning Japanese, by reading books about it, and especially by reading and translating a lot of manga and enjoying the language. --ShounenSuki (talk | contribs) 20:17, December 1, 2009 (UTC)

Re: Format of Episode Guide

I don't quite understand what you mean. I'm not too familiar with the episode articles, though.

I have a question for you, as well. Two, really:

I didn't make it on another site... It uses Semantic Forms and Semantic Search along with basic parser functions. Simant (talk) 18:10, January 11, 2010 (UTC)

RE: What book is this?

Re: Does the databook say this?

Re: Not the right Arc

there is really no way of telling what this current arc will focus on. As it is now, it seems to have a dual focus on both the SWWIV and the Nine-Tails training. We should wait until we have more information, really. --ShounenSuki (talk | contribs) 23:27, April 23, 2010 (UTC)

Re: Check for missing CSS on my wiki (please)

Those templates are not ment to be imported into a wiki like that. They are part of the sync queue, and depend on the shared repo of css and js we use. ~NOTASTAFF Daniel Friesen (DanTMan, Nadir Seen Fire) (talk) May 6, 2010 @ 17:38 (UTC)

That would mean that the easiest way to get the templates on the wiki is to add the wiki to the sync queue. Anything else I don't bother to help with. ~NOTASTAFF Daniel Friesen (DanTMan, Nadir Seen Fire) (talk) May 6, 2010 @ 17:45 (UTC)

Maybe he was just lying. doesn't it sound fake to you?

KiumaruHamachi, the image Grt shrk msle.jpg which you uploaded has been tagged for deletion. Please see the image page for deletion notes. We suggest you look over our image policy and ask that you make an attempt to fix the issues you are causing. ShounenSuki (talk | contribs | translations) 10:03, August 20, 2010 (UTC)

I noticed that you had problem with fair use and license a pic. License are chosen when you upload. The fair use code for pictures from the manga is:

And for pictures from the anime, use:

Re: Gold numbers on Height and Weight

Re: Help with this timeline

I'd love some help! I'll go through and change all the XX born to XX is born :) it does sound better

Ah, not a problem. I thought I saw jōnin in the infobox when I added the info so that's a fault on my side.--Cerez365™

Hello, First off, let me thank you for noticing my messages about the Italian wikia. Even though you said you do not know Italian at all, I'm still happy I found a template editor. I do not know much about them at all, but I do agree with your reasoning. It would be much better if those templates could hide the parameters that are not needed. I may be selfish, but I'd gladly accept your help in making them as good as the ones on the English or Spanish wikia, and also, if you could link me some sites in which it's possible to learn how to modify the templates, I'd be really grateful. Sorry if my English isn't perfect ^_^ --JOA20 (talk) 10:39, August 12, 2013 (UTC)

Even though it's a work in progress, it already looks much better! But there's something that may be a bit of a problem: there are some parameters in the English language (like "Tailed Beast Information": in italian, it would be "Cercoterio", or maybe "Bijū" to keep the original word ^_^). If you need my help about these kind of things, please say it! Anyway, if this is a work in progress I can't wait to see how it turns out!--JOA20 (talk) 17:16, August 13, 2013 (UTC)

It's been a while, Hamachi ^_^ I read your message on SimAnt's talkpage just now. If you think you could make an infobox that is similar to the ones on the english Narutopedia, I'd really be in your debt. Go to this one[1] if you feel like giving it a try.--JOA20 (talk) 15:51, December 1, 2013 (UTC)

Retrieved from "https://naruto.fandom.com/wiki/User_talk:KiumaruHamachi?oldid=835604"
Community content is available under CC-BY-SA unless otherwise noted.