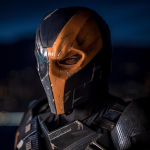 Hello LIGHTNING HAWK, greetings and welcome to the Narutopedia! Thanks for your edit to the Kumogakure page.

Before uploading anymore images, please read the image policy. The images your uploading don't have fair use rationals, or licenses. Without them your images will be removed.--Deva 27 (talk) 16:50, February 10, 2011 (UTC)

Click on the image to go to the images file page, then place one of the following into the file page.

If its from the anime, use:

For pictures from the manga, use:

As I explained above, your images do not follow the image policy, and I warned you that they would be removed if they didn't. The images of Karui, and Raikage jumping out of his office aren't needed,--Deva 27 (talk) 20:28, February 10, 2011 (UTC)

You were told those images were against the Image Policy. I advise you to not reupload them if you don't plan to follow the policy. We do accept scanlation images when the texts is removed, but only as a last resort.--TheUltimate3 ~Aspect of Wiki ~ 20:43, February 10, 2011 (UTC)

Because there's such a thing as too many images. In addition to the three images currently in the article, you want to add an image of a punching bag (which can be seen in another image) and an image of breaking glass. What about either of those two absolutely, positively needs to be illustrated for readers to understand the office? ~SnapperTo 23:05, February 10, 2011 (UTC)

When it comes to coding problem, User:Simant is the person to ask. However, it might be due to the bug in the infobox system that central wiki is working on. Jacce | Talk | Contributions 18:27, February 27, 2011 (UTC)

Friend, your Darui image has no license or rationale and was uploaded with a poor file name. If you were following the talk pages you'd see we already agreed to use the manga image because the animators messed Darui up. So please stop putting that thing in his infobox. --Cerez☺ (talk) 11:26, March 19, 2011 (UTC)

Iwagakure index, Kirigakure index, and Kumogakure index. Those six characters have the S thingy on them and only one image. If they were playable, I'd think there would be more images showcasing their abilities. Omnibender - Talk - Contributions 20:40, December 2, 2011 (UTC)

Retrieved from "https://naruto.fandom.com/wiki/User_talk:LIGHTNING_HAWK?oldid=714825"
Community content is available under CC-BY-SA unless otherwise noted.