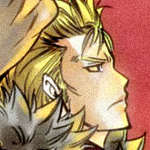 Last time I saw them, Madara teleported them away. My best guess is that they are in Madaras own dimension, where Karin healed Sasuke. Jacce | Talk 09:22, February 27, 2010 (UTC)

RE: Naruto Shippūden 3: Inheritors of the Will of Fire

Exactly why does only Masashi Kishimoto know, but I guess he wanted to give Kimimoaro a different ending then the rest of Sound Five/Sound Four. Give the readers a surprise/an unexpected ending. Jacce | Talk 13:48, March 7, 2010 (UTC)

Last time I saw her, she was going to keep tracking Kabuto while Yamato and Sai returned to stop nine-tails/Naruto. Later, Danzō sent Dajimu and Tera to find her before she found Kabuto (trying to take her alive though), while Terai is focusing on finding Kabuto. Jacce | Talk 14:03, March 7, 2010 (UTC)

¹ This proverb is basically the same as the English proverb "tread on a worm and it will turn." It basically means even the most defenceless and weak creature will fight back when under attack; never underestimate that which seems weak and insignificant.

¹ Kamaboko is fish paste, formed into a loaf and then sliced. There is one especially well-known type of kamaboko with a spiral pattern in it: Naruto kamaboko.

Retrieved from "https://naruto.fandom.com/wiki/User_talk:LaxusDreyar?oldid=814247"
Community content is available under CC-BY-SA unless otherwise noted.