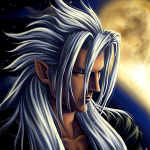 who is stronger: late opinion

i just saw the posts about who is stronger naruto or sasuke naruto would win because remember if he over uses his sharingan he could go blind and naruto won't from using his powers so sasuke has to take a risk where as naruto can go all in and won't have severe consequences.

just my opinion though

—This unsigned comment was made by Later567 (talk • contribs) .

I don't agree with you when it comes down to Sakura being Sarada's mother, but either way, I wanted to let you know that I respect your opinion. Thank you for talking to me! DreamingAwayByTheSea (talk) 00:10, May 14, 2015 (UTC)DreamingAwayByTheSea

it is pretty silly to think boruto is the main character in the manga, that's why boruto the movie is a thing, to fill the gap left by Naruto Gaiden since that focuses on Sarada Idanielgarrido (talk) 15:09, May 22, 2015 (UTC)Idanielgarrido

For the explanation, but I know all of that and you were wrong at some points. It's nice to see how enthusiastic you are about the series, but the talkpage and topic are about Boruto. But it was a nice read.--Elve [Mod] Talk Page|Contribs 18:13, August 9, 2015 (UTC)

The only reason I removed it is because it was too long. You pretty much suggested life force and chakra are the same, even though the manga and databook said otherwise, we don't know at all what life force is.--Elve [Mod] Talk Page|Contribs 18:36, August 9, 2015 (UTC)

Decided to post this here... Anyway, I have a question: in your thread Hypothetical Battle: Nagato vs Itachi, does Itachi have Perfect Body — Susanoo? 'Cause that's game-only and from what I've understood, thread is specifically about manga!Nagato and manga!Itachi.

Heya, seeing how you've been an editor in the wiki for quite a while, I figured I shouldn't straight up delete your user page and instead ask you this way to put the content somewhere else (e.g. NarutoForums, the Naruto Fanon wiki or reddit). As for why, please refer to the userpage policy: "Userpages are for editors to give information about themselves as editors on the wiki; ie: Past wiki editing experiences, what they do on the wiki, and preferred methods of contact. Personal userpages will be deleted: if you wish to talk about yourself as a person, use Facebook.". The bulk of your edits ever since October 2016 were edits to your user page, but the way you use it is not the supposed way. I hope you understand where I'm coming from. • Seelentau 愛 議 15:02, July 14, 2017 (UTC)

Retrieved from "https://naruto.fandom.com/wiki/User_talk:Legendary_Super_Saiya-Jin_4?oldid=1236516"
Community content is available under CC-BY-SA unless otherwise noted.