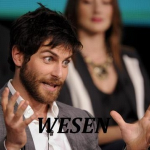 aka Leandro or Leo

Hello Leodix, greetings and welcome to the Narutopedia! Thanks for your edit to the Ice Release page.

I didn't delete your image, I just removed it from the article because it lacks a license and a fair use rationale. Read the image policy. Omnibender - Talk - Contributions 03:54, September 5, 2010 (UTC)

I should clarify: there is nowhere on the wiki where that sort of discussion is suitable. ~SnapperTo 20:08, November 13, 2010 (UTC)

Because you a) are not asking a question, and b) (and this is the important one) it will not benefit the wiki. Talk pages and the forums are for discussing ways to improve the wiki, not for discussing the topics the wiki covers. You can use your user page to present your ideas if you really want to. ~SnapperTo 20:21, November 13, 2010 (UTC)

I don't mean to be mean to you but I like to keep the template namespace for content templates. Could you move that template you made to User:Leodix/sig. Also this is longer than it needs to be could you change it to: it should have the same effect

It appears there is something off with the code of your signature, as anything written after it in pages you signed are all styled like it. Omnibender - Talk - Contributions 21:11, December 10, 2010 (UTC)

Figured out how to keep your signature from changing everything after to its style. You just have to add some end span tags. Check my last edit to your signature here. Omnibender - Talk - Contributions 18:51, February 8, 2011 (UTC)

^ Ignore me, I didn't see you changed your signature to something else already. If anything, if you want to change to the other style, you know how to keep if from changing everything below it now. Omnibender - Talk - Contributions 18:53, February 8, 2011 (UTC)

I use a program called Inkscape for my svg files. As for the Moyagakure symbol: I will probably make it some day, but as far as I remember, it has never been said to be an actual village, so it has never been high on my priority list. —ShounenSuki (talk | contribs | translations) 22:42, November 17, 2010 (UTC)

I'm actually working on a Moyagakure symbol right now. Although, again, I don't recall it ever being said to be an actual village.
As for Shimogakure, I added that after taking all the facts I had and carefully deliberating with myself as to what was the best option. in chapter 515, the Kage look at a map that shows us Madara and Kabuto would need to travel through two countries in order to reach the Shinobi Allied Forces. The southern country is marked with 湯 (Yu, Hot Water), the northern country with 霧 (Kiri, Mist). As all other countries are marked with the names of their hidden villages, it is safe to assume these two countries are too. The Raikage's words further supports this, as he gives the order to evacuate Yugakure and Kirigakure.

In chapter 517, we actually see the countries be evacuated. However, now the countries are suddenly named the Land of Hot Water and the Land of Frost. The Land of Hot Water brings no problems at all, obviously, but the Land of Frost does. After all, chapter 515 said it was Kirigakure that should be evacuated and that is in the Land of Water.
However, it has been stated that Kirigakure was isolationist and that the Land of Water consisted of islands. Having territory on the mainland would seem to go against that. The kanji for mist and frost are also very similar, 霧 and 霜, so a mistake is very much likely. Hence why I assumed it had to be Shimogakure in chapter 515 and changed the map as I did. —ShounenSuki (talk | contribs | translations) 13:05, November 21, 2010 (UTC)

I don't think you're going to find a single place outside of peer-to-peer programs where you can find anything other than the latest chapters in Japanese. This site has the most recent chapters on-line and this site technically has links to all volumes in Japanese, but I'm not sure if they are all still working. The latter site is the only site I know of where you could even try and download the earlier chapters. —ShounenSuki (talk | contribs | translations) 00:48, November 23, 2010 (UTC)

Is there a reason why you came in and re-edited what I just did? My reasoning was clearly stated on the talk page

That functionality isn't enabled for this wiki, with or without the template. So you can't have a signature like that here. ~SnapperTo 07:21, February 5, 2011 (UTC)

Please do not change jutsu pages from Tobi -> Obito when at the time the jutsu was seen he was known as such, it makes sense and it helps in the event of plot twists. — SimAnt 20:34, August 30, 2012 (UTC)

Retrieved from "https://naruto.fandom.com/wiki/User_talk:Leodix?oldid=722172"
Community content is available under CC-BY-SA unless otherwise noted.