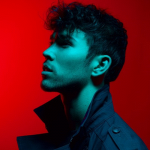 Please make sure that images you upload here have a proper license metadata and a fair use rationale. Otherwise, they will not be eligible for use. ★ WS7125[Mod]

Heyo Lukas. If you're not busy, would you mind creating some more .svg files? Clan symbols [1] We got the official designs for the Hyūga, Inuzuka, Aburame, Sarutobi & even Hatake Clans, from the looks of things. It would be much appreciated.--Omojuze (talk) 06:19, May 8, 2015 (UTC)

Wow, dude, you work fast. Thanks a million! The Hyūga Symbol does look a bit sloppy though, and the fire should reach the lines. When you'll have some time, maybe you could look into that. Aside from that, everything looks amazing :)--Omojuze (talk) 20:11, May 10, 2015 (UTC)

When you upload the icons, you don't have to change them in pages. Sysops can move your file to the old file's name, so it'll update through the entire wiki at once. Omnibender - Talk - Contributions 20:25, May 10, 2015 (UTC)

Good work on the photos. You're really helping the wiki and we appreciate it greatly. :) ★WindStar7125

Spoilers for chapter 700+4 are out. Is it possible you can create an svg image for Shin's Mangekyō Sharingan? ★WindStar7125

Luckily I had already done it for the Brazilian Naruto Wiki. Already added the svg along with 2 Tomoe version. You can find them in my gallery. --Lukas Pessoa Dantas (talk) 18:22, May 23, 2015 (UTC)

First things first, my apologies for not discussing this with you before uploading my version. I sometimes tend to upload things rashly, so my bad on that one.

I actually didn't know the Tenseigan had an incomplete and complete/full-power state, but I did use images of both "versions" as a source while recreating the svg, and personally think they didn't seem too far apart in appearance to me. My main issue with your recent redesign is the color of the background and the shape of the "flower". Unless you were going by the drawings, the version that appears in the movie clearly has more of a glow/sunray shape to it than a flower, and the color of the iris is clearly a shade of light blue, not marine blue. In that aspect, the previous versions before the redesign were more relatable.

Once again, sorry for uploading without bringing this to your attention, but I hope you have into consideration my suggestions.

All right, do not worry. The Tenseigan is not a dojutsu that is activated instantly, it takes time until the eye is formed completely. When fully ripe, the eye assumes a form florida iris and the most prominent white area. Unfortunately we could not close-up images of the eye Toneri while in its complete state, so we prefer to place the initial version of it.

Really you're right. I have a passion for darker colors, so sometimes exaggerated in color. I will correct colors and leaves them more approximate to the film. --Lukas Pessoa Dantas (talk) 22:40, May 29, 2015 (UTC)

You can post it here: http://tfwiki.net/wiki/Insignia#Aligned if you could. The Transformer Community will thank you greatly for this, for a LONG time they've been looking for someone to do this and I think you have the skill to do so. It's just the purple head like a normal transformer fraction symbol thingy. Shock Dragoon (talk) 02:29, June 10, 2015 (UTC)

Like it says, I guess it's up to make these symbols for the organizations, clans, and villages that these guys won't. I'll try to learn inkscape more to help. Big one we should try and make first is a "Seven Swordsmen of the Mist" symbol. Can you think of something, I'll look and keep you posted if you wanna make these. Shock Dragoon (talk) 19:06, July 9, 2015 (UTC)

I've seen he kanji for seven be used in fanon, perhaps combing them like "七刀" would be the best. But you are right, it's very difficult to come up with this stuff. Methinks we all should look at these clans and organizations again and perhaps we'll find something we missed. Shock Dragoon (talk) 12:02, July 10, 2015 (UTC)

Hell yeah I think the wiki will go for that no probs. You got an eye for this stuff you should keep it up. After all, it's not like we'll ever see them released these real symbols anytime. I'd upload it and see what the wiki thinks. Shock Dragoon (talk) 15:52, July 10, 2015 (UTC)

Looks like this isn't going to work out, I saw a couple convos between the higher-ups and because these are considers "fanon" we'll never be able to have this work. This is sad since we'll never see any real symbols get revealed. All this potential gone...of well we can still dream my friend. Shock Dragoon (talk) 16:34, July 10, 2015 (UTC)

Thought I'd bring this to your attention Mud Release: Muddy Water Wall. So what do you think, is "Mud Release" icon worthy? Usually like you I heavily advocate icons but this one I'm on the fence about myself. I personally think it is an advanced form of Earth Release like Steel Release whereas Steel Release is super hardening it, Mud Release is making it super soft. But hell, I'll leave it up to the master and see what you think. Shock Dragoon (talk) 01:25, July 26, 2015 (UTC)

I do not know what to think of this new element. What you say makes sense, but the description of the technique, it is not a nature like the others. It seems to have a completely new classification, which leaves me confused. However, all chakra natures have their own icons, I think with this would be no different. I've done an icon for the Brazilian wiki, as you can see here. If the community accepting feel free to use it. --Lukas Pessoa Dantas (talk) 00:46, July 27, 2015 (UTC)

That's what I was thinking, if the wiki wants your work on this "nature type" it's up to them. Personally, I tried to convince them to take your "Shion", "Ranmaru" and "Blue Fire" ones (Which I REALLY think they should), but that's them. Let's see what more surprises these novels give us. Shock Dragoon (talk) 01:47, July 27, 2015 (UTC)

When you have the chance, could you send an photo (File:Jiraiya kills Pain.png) in the Heroes Wiki? My computer has the virus and iPad doesn't download photos. Here the link hero.wikia.com.--AlexHoskins (talk) 19:54, August 23, 2015 (UTC)

Given that we're returning to the RTNverse next week, I'd sponsor the make and take the blame. Shock Dragoon Shock Dragoon (talk) 14:45, August 29, 2015 (UTC)

Excellent work, I have a feeling if the anime continues filler in the RTNverse, we'll be a ble to use this in the "Inuzuka Clan" page trivia section. Shock Dragoon (talk) 11:40, August 31, 2015 (UTC)

In the Road to Tenten special, Menma is "Menma Namikaze". Guess the symbol on his back is the long awaited reveal of the Namikaze clan insignia! Seriously, how long were you waiting for this reveal? Shock Dragoon (talk) 19:06, September 3, 2015 (UTC)

Regardless, it's nice to see the series's lesser known characters get fleshed out and Minato is one person who's really a complete mystery aside from his involvement with Kushina. Seeing the possibility that Naruto might have had his family name is interesting. Are there more Namikaze or was Namikaze simply from a nothing family like Sakura? Hell there's even a LEE CLAN NOW and Harunos are still just nobodies which is interesting as it is hilarious! Please don't take my excitement with the series growing larger and larger as pestering Om, you got a LOT more people you have to deal with that actually break rules. Shock Dragoon (talk) 19:23, September 3, 2015 (UTC)

Yes, In black and white, everything that colored usually it is colored in black, as the red crest of the uchiha clan. while the background is white because it can vary. I just wondered if you could change the Hyuga symbol, coloring the black flame as the page official web. ^_^ --Sharingan91 (talk) 15:26, September 5, 2015 (UTC)

If that's the case can we PLEASE make the Uzumaki symbol Red like it's supposed to be Shar91? HOW MANY times have we seen that colored? Shock Dragoon (talk) 15:43, September 5, 2015 (UTC)

@Shock Dragoon, in general the Uzumaki symbol is red but we have seen this symbol also of other colors for example gray or green.--Sharingan91 (talk) 15:50, September 5, 2015 (UTC)

Oh I'm not disagreeing with you Shar91, I'm just saying after seeing Uzumaki, Hyuga, Inuzuka, and Akimichi have symbols in colors (red) I think it's ridiculous that this wiki only has the Uchiha symbol colored out of every symbol we see. Shock Dragoon (talk) 16:01, September 5, 2015 (UTC)

File:Mangekyō Sharingan Shin.svg seems to (at least at the moment) become either corrupted or lost. Could you please re-upload it? Thanks in advance! ~SnapperTo 15:25, October 16, 2015 (UTC)

Because this is a English wiki, which means we write in English, and occasionally in Japanese. Jacce | Talk | Contributions 17:02, October 23, 2015 (UTC)

Would you mind putting your input on Sasuke's talkpage for my suggested image to replace or not replace the current infobox image, thanks.

Hi, Please can you create an icon for Jūgo's Clan's Kekkei Genkai? This is the only Kekkei Genkai no icon. You could using this kanji "仙" and the same style of your other icons. I and Shock Dragoon had thought to brown or light brown. --Sharingan91 (talk) 13:31, July 7, 2016 (UTC)

i need an svg of jugos kekkei genkai icon. it says its an svg yet it downloads as an .html file i need the square icon specifically. i'm creating a kekkei genkai guide on gaia online so i need icons for reference. thank you.

so i tried what you suggested and saved the jugo icon as svg i tried opening it in inkscape and its corrupt.

Hi there. Recently, another sysop recently pointed out that the Rinnegan technically has 6 ripples in the eye, but our svg images we were using had only three. I've been able to replace two images that had only 3 ripples with newer images that have 6, however, I can't effectively do the same with this image you uploaded. Is it possible you could make Momoshiki's Rinnegan have 6 ripples instead of 3? EDIT: More specifically, I can't match the radial gradient fill to fit with 6 ripples in between instead of 3... ★WindStar7125

It appears we're also gonna need a yellow Byakugan with the yellow Rinnegan too... ★WindStar7125

Thanks man! Geez, the Boruto manga changing up the color schemes of everything quite literally complicates things even more... ★WindStar7125

Hello :) I want to ask you if you can help me with making two nature icons of mine, and making third one that is actually official but still doesnt have its icon. Mud Release. Its been a while since it was introduced, and seems like that there can be more releases of the same combination so, I think it makes sense, and gives rise to other, yet-uncategorized natures like Crystal :) Mud sounds fine.

For my natures, I have made one actually, but the problem is it isnt .svg format, and when its zoomed out it looks weird :) The name is 融遁 Fusion Release, a hypothetical combination of Fire and Lightning Releases. The other is kekkei touta 歴遁 Tar Release, Fire + Earth + Water combination. That one I havent tried to make yet, but it wont be such a problem if needed. Its reall a matter of me not being able to make .svg vector formats. Can you help me with this? Thanks for reply in advance. --VolteMetalic (talk) 23:12, September 2, 2017 (UTC)

Thought you might want to know someone shared with me the clan symbols for Iwabee Yuino, Wasabi Izuno, Namida Suzumeno, and even Sumire's Kakei (can't be the "Shigaraki" symbol as she abandoned that name):

Hello again. Is it possible you can make an svg image of Urashiki's Rinnegan? It should look similar to Sasuke's (same amount of ripples, tomoe, but different color). ★WindStar7125

I've uploaded a version by combining previous work. If any corrections need to be made to it, please do so. Thanks. ★WindStar7125

Retrieved from "https://naruto.fandom.com/wiki/User_talk:Lukas_Pessoa_Dantas?oldid=1302809"
Community content is available under CC-BY-SA unless otherwise noted.