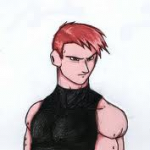 Hello Miraibuu, greetings and welcome to the Narutopedia! Thanks for your edit to the Neji Hyūga page.

Inserting false information, as you did in the Hiding in Mist Technique article, can lead to blocking. You should also refrain from adding speculation to articles, as you did the Kotoamatsukami article. Talk pages are not subject to updating the way articles are. At the time, Tobi was still believed to be Madara, so it's pointless to change that in a talk page. Talk pages (and their archives) are records of discussions. Omnibender - Talk - Contributions 00:09, January 29, 2013 (UTC)

The chakra access cut off was the specific result of those seals. The general effect, creating an imbalance between the seals, is already noted. Omnibender - Talk - Contributions 00:45, January 29, 2013 (UTC)

Retrieved from "https://naruto.fandom.com/wiki/User_talk:Miraibuu?oldid=788071"
Community content is available under CC-BY-SA unless otherwise noted.