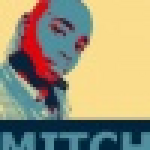 Hello Mitchie Okere, greetings and welcome to the Narutopedia! Thanks for your edit to the Five Ultimate Treasures page.

Naruto has never used this technique when he attacked Kisame it was just the Body Flicker Technique. FTG requires seals and such...--Cerez☺ (talk) 20:52, February 22, 2011 (UTC)

Killer Bee has mistaken Naruto's speed for a teleportation. It is clearly stated in Flying Thunder God Technique that you'd need a jutsu-shiki to do FTG. With regards to Naruto "not being at the Fourth's level yet", it was his speed & skill that Yamato was talking about.Darkerratum (talk) 06:39, March 1, 2011 (UTC)

Minato sealed the Nine-Tails' yin chakra inside the death god, not inside himself, he's not a jinchūriki. Omnibender - Talk - Contributions 22:45, February 28, 2011 (UTC)

Please don't remove my tag, it is not mentioned it's only that Naruto pushed the ball through. Others may get you blocked if you remove the tag. --Ilnarutoanime (talk) 16:28, April 21, 2011 (UTC) ShIkAnAtA

Re: Kinkaku,Ginkaku & The Sage of the Six Paths

Nope. The Raikage speculates they might be related, in no way that's a confirmation that they're related. We don't list known clansmen in each other's infoboxes, such as Nagato and Naruto, Nagato and Mito, Itachi and Izuna... Why would we list people who might not be related? In infoboxes, we list only: blood relatives with known kinship, spouses, godparents/children, and in some cases, significant others. Omnibender - Talk - Contributions 01:25, April 24, 2011 (UTC)

Lightning Release was only added after there was a discussion in which was brought to question if Important Body Points Disturbance counted as Lightning Release, because that has the same basic principle of the Raikage's Lightning Release Armour. Knowing all techniques means having knowledge about them, it doesn't mean that they can use it. Sage isn't presumed to use all six forms of elemental chakra because, he is known to do so because he possessed the Rinnegan, which allows that. You don't need to create a new section for every reply, just one per topic. Omnibender - Talk - Contributions 01:37, April 24, 2011 (UTC)

Retrieved from "https://naruto.fandom.com/wiki/User_talk:Mitchie_Okere?oldid=1124917"
Community content is available under CC-BY-SA unless otherwise noted.