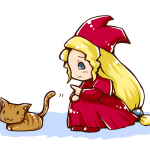 If you added the fair use and license and the information can be used it won't be deleted.--Cerez365™

Narsha, when you edit a talk page, please remember to sign the post by typing four tildes (~~~~) or by clicking on

True, there are baby pictures of Himawari in the movie, which also shows at the end credits. Not just anime sketches. That's why I removed it. Though, I could be wrong.--NinjaSheik 19:22, January 10, 2015 (UTC)

Ah, so I wasn't mistaken. :) So it doesn't really count as trivia then since the images were used. Anime sketches can be used for background items and the like, such as the baby pictures. And Himawari and Boruto, as you said, were toddlers during the last scene. The anime sketches proved that the producers used the designs that already created in the actually film.--NinjaSheik 21:37, January 10, 2015 (UTC)

Oooo, where'd you get those pics from? ★WindStar7125

Interesting. You happen to translate Japanese, by any chance? ★WindStar7125

Yes, Boruto's article is protected because a bunch of silly editors (or one silly editor who made sockpuppet accounts) decided to change his name in the article to "Burrito." You can request a sysop to add it for you here.
★WindStar7125

Asked a sysop to unprotect the page. Added the Boruto photo to his article. Also, many thanks for the creation of the Live Spectacle Naruto article. Great timing you had there, considering what I was doing at the time, which included adding a "Live Action" section to articles.★WindStar7125

Gonna need a source to provide before the page is moved. EDIT: I see MangaStream has also named the chapter "A Chance Meeting 1" though... ★WindStar7125

Family trees? Are you referring to something like this and these? In regards to adding it here, I think you should consult Dantman about it and see what he says. You also may need approval from the community about it too. ★WindStar7125

You don't really need my approval before starting a community discussion on something like this. I'm not certain what page you want to use these templates on. Though personally, I really dislike templates like those which require a lot of manual input and formatting to work. Even though these kinds of graphs are complex enough it wouldn't be easy to do automatically, even in lua. ~ Daniel Friesen (DanTMan, Nadir Seen Fire) (Local Talk ⁝ Animanga Talk) 23:17, September 9, 2015 (UTC)

I like the idea of it and don't want to see it get rejected, but well, is there anyway to make the process less... complicated? Dantman is right, this looks like quite an amount of work. I'll see if I can ask one more person about it. And I would personally prefer the talkpage (less drama), but discussions are more likely to be spotted in the forums so... that's up to you. ★WindStar7125

I asked. The response was, it may be best not you to put yourself through an excess amount of work for little to gain. And relations aren't super complex, so people can figure out the parents, siblings, children in the infobox anyway. ★WindStar7125

Retrieved from "https://naruto.fandom.com/wiki/User_talk:Narsha?oldid=1097533"
Community content is available under CC-BY-SA unless otherwise noted.