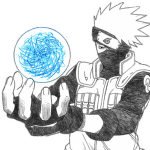 Hey. In "The Last" around what scene was this shown: "Naruto was shown holding dual Rasengan to augment the strength of his punches, instead of thrusting them onto the opponent."? Thanks in advance.--Questionaredude (talk) 05:01, February 17, 2016 (UTC)

A user just commented on a "really" old thread. I'm considering just closing it since there's no reason for anyone to still be using it, but just wanted to check with you for other options.

There are many notices and scripts in place to prevent users bumping old discussions. The point is to ensure old discussions are not bumped when users don't have anything to add. If you feel like bringing up the topic again, start a new thread.
@Jizo: JFYI, there's a rule violation for bypassing any forum related scripts, as they were in place to keep the forums tidy. Just letting u know ;) --SuperSajuuk (talk) 11:04, February 24, 2016 (UTC)

Hey Jizo, any chance you'll become un-busy anytime soon? Just would be nice to have you around for when the forum explodes after the new manga starts :P --Sarutobii2 (talk) 20:28, April 30, 2016 (UTC)

So, I also requested Saru too. The block request. Yeah, Quakingstar needs to be blocked. He's been flaming for way too long, with way too many warnings. I mean if you disagree I'll state my reasoning further, but yeah. It's my opinion that it's time for perma-block.

Congrats again though. Good to know we'll have at least two people in the forums who can and will get stuff like this done. AsianReaper (talk)

Sajuuk brought this thread to our attention as it doesn't really fit on any of the boards and is probably more suited for the chat. I definitely agree with him, but I've moved it from versus to general discussions until I get a couple more opinions from people who've been around longer. Curse of Hatred (talk) 11:41, September 11, 2016 (UTC)

This thread is comparing characters to non-Naruto characters. Now the thread is simply drawing parallels to other characters, but I don't know if it's allowed. The Forum Naruto Discussions doesn't specify that it's for Naruto only, as the Versus Debate one specifies. So I leave the decision to you as to whether or not it should be closed. Here's the thread:

do you watch boruto and what is your top 10 best naruto villains list?

Retrieved from "https://naruto.fandom.com/wiki/User_talk:NeedleJizo?oldid=1301124"
Community content is available under CC-BY-SA unless otherwise noted.