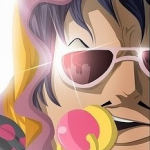 Hello NoJutsu, greetings and welcome to the Narutopedia! Thanks for your edit to the Giant Drill-Beaked Bird page.

Since apparently the summary edits aren't helping you or maybe they're unclear? The way that you put it in the article simply makes it sound like you're trying to describe Captain Awesome's Mirage Illusion Technique not Izanagi. I tried to liken it to pressing a reset button but apparently that didn't help? If you have a problem with what is there now, you can always reword it. However if it goes back to sounding like an explanation for the Second's technique I'll probably change it again. The things about politics is knowing how to work the system. 1↑ the man.

I'm not too sure why you think we had an argument since I wasn't aware that I was in one to begin with. The article in my opinion made it clear, but there's always the chance that others don't/won't understand it the way others do. That's why I tried to drop a line in there that attempted to explain it more clearly; to the best of my knowledge I've always tried to do that. I also don't remember "incorporating" your edit since I already told you I thought it was misleading. As for the rest of your commentary, I'm pretty sure I don't have to respond to it, so have a nice w/e time it is where you are.--Cerez365™

Were you referring to this line:

Re: Magnet Release and curse marks

In the databook? Hmm, I can't really remember. I think the Rasengan page says that by combining his Rasengan with Shukaku's Jiton, a Ninjutsu with the power of attraction was formed. All while the Magnet Rasengan is shown, with Shukaku's curse marks. But maybe it's more of an educated guess. • Seelentau 愛 議 14:08, November 25, 2014 (UTC)

Ok, so I thought it was odd how so many articles mix American and British, so then I checked the manual of style policy and it turns out that there is no such rule anymore. NoJutsu (talk) 05:10, December 1, 2014 (UTC)

Retrieved from "https://naruto.fandom.com/wiki/User_talk:NoJutsu?oldid=976641"
Community content is available under CC-BY-SA unless otherwise noted.