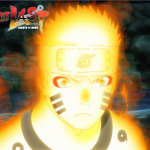 Please check the Boruto Uzumaki page. I've explained there why I believe it's wrong to say that his eye power is a Byakugan.

Retrieved from "https://naruto.fandom.com/wiki/User_talk:Questionaredude?oldid=1152907"
Community content is available under CC-BY-SA unless otherwise noted.