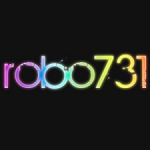 Hello ROBO731, greetings and welcome to the Narutopedia! Thanks for your edit to the File:Naruto-2587251.jpg page.

Well... it looks fine to me but just to be sure ask User talk:Simant, he's the Admin that wrote the policy so he'd have a greater grasp on what's ok and what's not.--Cerez365™

The Slideshow (and tab for that matter) should only be used to show a jutsu that has two distinct parts (such as Deidara's C0) or looks completely different from the manga to anime conversion. Minato using the Dead Demon Consuming Seal doesn't fit either of this, it is just a recent showing of the same technique. Because we use pictures when a jutsu is first seen within the series (Part I instead of Part II in this case) the original is preferred.--TheUltimate3 ~Keeper of Lore~ 02:05, February 10, 2012 (UTC)

Two reasons.
Number 1: When it takes place in the storyline is irrelevant. It appeared in Part I being used by the Third first, then like a decade later showed up in Part II used by the Fourth.
Number 2: Jutsu articles aren't like character articles. Images in jutsu articles have to pertain to again, different parts of the technique. Showing the exact same image just with a different caster is not enough.--TheUltimate3 ~Keeper of Lore~ 02:20, February 10, 2012 (UTC)

I appreciate your willingness to upload chapter covers, but the wiki's current practice is to only display chapter covers that are separate from the events of the series. The covers you've uploaded so far have speech bubbles, which successfully places them in the "part of the series" category and therefore would not be worth your time uploading. ~SnapperTo 19:18, August 29, 2014 (UTC)

It not officially a policy, per se. It's just what the wiki has done for as long as it has had chapter articles. The reasoning being that uploading full pages with panels and speech bubbles and etc. strays much closer to being a manga-hosting site than the wiki probably should. ~SnapperTo 19:35, August 29, 2014 (UTC)

The thing about text in pictures is that the fansubbing isn't official and thus we can't use it legally. When it's the original text it's fine. ~Hakinu

Whether it's English or Japanese, official or not, the goal is still to avoid appearances of manga hosting. Having a full page of the manga with multiple panels and speech bubbles and whatever else is not worth it if the main purpose is just to illustrate the chapter's title. It's a fuzzy line the wiki sets for itself, but it's been doing so for several years.
I may not be doing a good job of explaining what the wiki does and the unofficial practice is itself not well-defined. You can look at the cover images that have been uploaded in case it gives a better idea. For the most part, the cover images that are used are those that are separate from what is happening in the manga at the time or even the continuity itself. By only using these covers, the wiki can argue that it's the unusual circumstances of the cover that are being documented. But if it's an ordinary page from the plot, as the covers you uploaded are, is the chapter's title enough justification?
It was pointed out to me that there are a couple covers in use that are part of the manga's story. And my response was that I don't know what to do about those. But the covers you were uploading I'm more comfortable saying do not conform to the wiki's practice, so I wanted to save you the trouble of uploading 300 of them or however many there are. ~SnapperTo 05:31, August 30, 2014 (UTC)

Retrieved from "https://naruto.fandom.com/wiki/User_talk:ROBO731?oldid=916270"
Community content is available under CC-BY-SA unless otherwise noted.