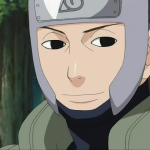 Hello. For reference you can see my [edit summary]. Along with that. Him being seen later is our assumption, which may not even be 100% accurate.--Cerez365™

You're intelligent yourself to give me the suggestion you did. I'm following your advice and making a copy for my profile page. Thank you for everything! :-) Raidra (talk) 17:08, May 7, 2013 (UTC)

Hey. Today's chapter was great and I enjoyed it, and about tomorrow's episode. I'm looking forward to it since it presents an anime-only taijutsu character and his story with Lee and Guy. —Shakhmoot

I'm not sure. Apparently I'm adding a space to the headline which throws off the template.--Cerez365™

That is Riichi, he was shown in the anime some time before or after his capture by Jomae Villagers. I still think we should use the image from his first appearance, but maybe whoever did it, didn't like that image. It's something you would need to bring up on a talkpage though.--Cerez365™

Weird, works properly for me. Try clearing your cache, or maybe try it in a different browser. Or maybe just wait, sometimes weird stuff happens, and later the same day the problem is gone for me. Omnibender - Talk - Contributions 14:04, June 27, 2013 (UTC)

I'm so sorry for the broken links. I deleted all of those stories because I wasn't able to finish it. I forgot to update those. Anyway I have a story which is ongoing and I will most likely update. Hope you enjoy The Prince of Xicheng - it's a fantasy! Just click the link

Oh! Thanks for reading my synopsis, to let you know about this test. Today's test level is for Academy student. This test consists of five levels:

You're right, you couldn't translate the boxes there. If you registered there and solve the test correctly. You may win a good price http://i1283.photobucket.com/albums/a553/anaspet06/Shakhmootssign_zps2a261e68.png(Contact) 19:39, August 1, 2013 (UTC)

I know that someone else me would remove this image from the article for the same reason that I mentioned before. The symbol is important for presenting any character who wears the headband, if this symbol exists, there's no problem to use this image into the article. I wonder if we could use another image when he was reanimated by Edo Tensei, the differences aren't that great to deal with. http://i1283.photobucket.com/albums/a553/anaspet06/Shakhmootssign_zps2a261e68.png(Contact) 11:55, August 16, 2013 (UTC)

No no, you don't have to. I was just warning you so you wouldn't constantly do it and then be banned. If it's an important conversation and hasn't been posted on in a few days, you can bump it but remember to add a message if yours isn't the last one. Joshbl56 22:06, August 16, 2013 (UTC)

Haha, thanks for the compliment! I'm doing my best to help the wiki. ^_^ --SovanDara18

Re: Infobox on profile

Sure thing man. Go ahead. Just as long as you make me Yamato!!! (And now that you've reminded me, I should update it!)

no I don't know how to screenshot do you because if you do could you tell me if its not to much trouble?Munchvtec (talk) 19:35, November 20, 2013 (UTC)munchvtec

hello i see you have almost 1000 edits so your experienxed and more friendly than all others here who treat me like trash i just want to say how do you lke this wiki and what do you do to not me attack by others?Iloveinoxxx (talk) 19:38, November 20, 2013 (UTC)

Yea, I remember you having more edits. You should probably ask an admin or something. Munchvtec 16:06, January 22, 2014 (UTC)munchvtec

Your edit count went down? That's weird. There's only one thing I know of that could have changed your edit count, but it would have thrown the count up instead of down. In a recent Wikia update, edit counts now include deleted contributions as well. Inputting your username in Special:Editcount still yields 930 edits. My guess is that your edits in a determined namespace aren't being computed, but no matter the combination I check, the math doesn't add up. Is this happening to you in other wikis? Either way, you should report that to Wikia. Omnibender - Talk - Contributions 16:21, January 22, 2014 (UTC)

Hey root, its scarecrow. As to the smoke style thing, it's not listed as a special kekkei genkai or anything, not even as a nature. I was wondering if we had any info on it to categorize it in something other than the 3-tails arc.--Scarecrowsowards (talk) 21:06, March 18, 2014 (UTC)

Retrieved from "https://naruto.fandom.com/wiki/User_talk:ROOT_%E6%A0%B9?oldid=1149492"
Community content is available under CC-BY-SA unless otherwise noted.