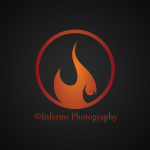 Only with the original language (Japanese). —Shakhmoot

We don't upload the manga images containing English texts, it's considered as a copyright violation. Also, your image is duplicated and it shouldn't be inserted in any article. —Shakhmoot

I read your message on DantMan's talkpage and I would like to inform you that he has quite some trouble reading the messages sent to his talkpage. Also, I'd like you to read what's written here. You say you're a keen editor, but up until now you've made barely 25 edits and on top of that you got a warning for breaking the Image Policy, so I don't think your point is valid.--JOA20 (talk) 16:13, March 14, 2014 (UTC)

Alright, you made 25 edits in 2 days. Congratulations. So you deserve to be a rollback or a Sysop now? Don't get cocky. I didn't make a lot of edits, alright, but 500 is way more than 25, around 20 times. If you want to be taken seriously then prove your worth by editing for a long time, at least for a month. After that, you may be given Rollback status, but do not think it will be given to you only because of that: quality is what matters, not quantity.--JOA20 (talk) 16:44, March 14, 2014 (UTC)

What JOA20 said. One simply doesn't get flags just for asking, they get the flag because they deserve it. You haven't been around this wiki long enough to need the flags (plus, with the fact that users need to register to edit here, the chances of needing any new sysops/rollbackers is close to zero) --Speysider Talk Page | My Image Uploads | Tabber Code | Channel 16:54, March 14, 2014 (UTC)

Alright guys, I think he gets the point. While I appreciate you guys trying to explain the policy to him, let's not all dog pile on him. Ravendra, for now, it'd be best to focus on contributing to the site. Everyone else, let's bring this discussion to an end. ~ Ten Tailed Fox

Inserting false information, as you've done to the Izanagi and Evening Elephant articles, will lead to a block. Omnibender - Talk - Contributions 16:12, March 17, 2014 (UTC)

If the link you posted in the edit summary is where you read, you don't read the manga in English, you read a scanlation, which is in no way official. I see someone else has already pointed that out to you. The false information I mentioned about though, has nothing to do with names. It has to do with you adding speculative ranks to those two techniques. Ranks are almost always given in databooks, so anyone adding any rank to any technique that came along after the chapters covered by the last databook, which are about Tobi beginning to tell Sasuke about Konoha's history after Itachi died, is considered fake info adding. The fact you tried to add a rank to Izanagi also shows that you have no idea on what jutsu ranks are and how they're applied, that despite the fact there is a section explaining that in the main jutsu article. Fake information adding also applies to that edit of yours where you changed the kanji name of the Contract Seal and the kekkei genkai page. Omnibender - Talk - Contributions 23:16, March 18, 2014 (UTC)

No, your name for kekkei genkai isn't true. The only official way I know of reading the official Viz translation online is through an app of theirs, but whether that's free or subscription based I have no idea. And like I said about the ranks before, no you don't know that as well. Anyone telling you a jutsu has this or that rank based on anything is lying, or most likely, as is the case with a regrettably large portion of the Naruto fandom, doesn't know any better themselves. Omnibender - Talk - Contributions 16:10, March 19, 2014 (UTC)

No, it isn't. Manga reader sites like that are illegal to Viz and we don't allow them to be linked here. Plus, manga reader sites may not be accurate in translation either. --Speysider Talk Page | My Image Uploads | Tabber Code | Channel 16:43, March 18, 2014 (UTC)

Hi, please be careful when editing the first paragraph of the character article. We should only add the most basic info about the character there. ~IndxcvNovelist (talk | contribs | PR | RLS) 16:00, March 25, 2014 (UTC)

Re: Madara Uchiha and Itachi

I don't. There usually is someone who adds viz manga names once the chapter gets released by viz, can't remember who that is though, it's been a while since I saw it happen. Omnibender - Talk - Contributions 19:22, March 25, 2014 (UTC)

Hello. I saw your edit and well, there's no need to put multiple links to the same articles, as per wikia standards.--

Retrieved from "https://naruto.fandom.com/wiki/User_talk:Ravendra275?oldid=914122"
Community content is available under CC-BY-SA unless otherwise noted.