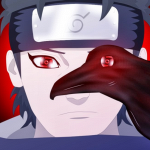 Hello Ravenlot 27, greetings and welcome to the Narutopedia! Thanks for your edit to the Demonic Illusion: Mirror Heaven and Earth Change page.

There's a lot to do around here, so we hope you'll stay with us and make many more contributions. And again, welcome to Narutopedia. Please leave a message on my talk page if I can help with anything! -- UltimateSupreme (talk) 18:52, November 26, 2014 (UTC)

And so? Both Akatsuki and Reanimation versions of Itachi still must be listed, and if one of them has PS awakening, there's no need to repeat it with the other. Or did I do something wrong? Ravenlot 27 (talk) 13:12, November 21, 2015 (UTC)

Well, it's not me who decides how to deal with that. As far as I know, all game pages list a character (and his playable versions if there are such) along with his awakening in brackets. I just follow these rules. And the game page itself has it's own talkpage, you know. There you can discuss it with all the users and not just with me on my talkpage. Try to pick up this question there, and we'll see what happens. Also I should add these are not nessessary the costumes, some characters have versions with completely different combos and techniques, although they have only minor changes in appearance. (For example, MS Sasuke and Rinnegan Sasuke in Storm 4.) And when you speak about the sources, here you are. Skip to 3:26 to see what you want. Ravenlot 27 (talk) 13:35, November 21, 2015 (UTC)

No worries. It seems some users are more interested in flamebaiting than actually contributing anything useful to the discussions, but such is life that these comments will be posted. >_> --Sajuuk 10:46, May 21, 2016 (UTC)

Ravenlot27 I dont know exactly how you were able to tell me what i did wrong on the otsutsuki page(so i dont really know how to respond) but we never saw kaguya with the rinnesharingan till after she had already eaten the fruit and got mad at the villagers for killing that girl. Also kinshiki and momoshiki only had normal rinnegan as well. Suggesting or meaning that the sharingan is a power od the god tree's alone and kaguya gained it from eating the fruit.

As for the tenseigan the way its stated on the page, makes it seem like anyone can obtain it, which is wrong. It was only made by adding all those byakugans to it. Thats why i deleted it. ~FANG KING OF THE BLOODY ROAD~ (talk)Akito1488

I noticed that you seem to say "threat" when you refer to "threads". Is that intentional? 'Cause it looks pretty strange when used in some circumstances. :P --Sajuuk 16:15, September 15, 2016 (UTC)

"Being a Decoy" or "Fighting"Edit

There is a difference in both. Being a decoy means to alternate the path of the enemy or to use delaying tactics to allow comrades to escape. This can endanger decoy's life. I am pretty sure that if Tobirama was not to subvert the enemy's attention towards him to allow his comrades to escape, he himself could have easily escaped Kinkaku's team.--Aizaz Arif (talk) 20:17, October 28, 2016 (UTC)

Hi there thanks for answering my forum regarding "whisker markings" ^__^. By the way I was pondering on where I might find the articles regarding the artbooks?ღ••ThunderSnidget••ღ20:25 November 29 2016

Hello. Regarding the change I made on Sasuke Shinden, I'm sorry if i wasn't allowed to. As you can see, I am new here. But I really think that the part I changed in the epilogue should be changed for good, because so many people were mislead by it. That didn't happened in Sasuke Shinden, in the last page of the novel it was only mentioned that Sasuke was heading towards Konoha, the part where he meets Sakura doesn't exists. I have proof of that and I am really insisting on this because I see many people arguing about this subject, using that specifical information from Naruto Wikia. That's why it should be changed. --LonelyHawk23 (talk) 17:49, January 5, 2017 (UTC)

I discussed with some people today and one of them sent me a picture of the last page of Sasuke Shinden and he sent me the translation as well, which I believe to be true, because many others confirmed it, including someone who is known for making highly accurate translations. I can give you some screenshots: This, this, this and this. --LonelyHawk23 (talk) 18:24, January 5, 2017 (UTC)

--LonelyHawk23 (talk) 18:37, January 5, 2017 (UTC)LonelyHawk23 Thank you very much. That should help avoiding confusions and misunderstandings in the future. :)

oh I'm sorry who's the adamin of this wiki

Since you also reverted the edits, it might interest you to comment on the topic I opened about it in Madara's talk page. Omnibender - Talk - Contributions 22:33, March 24, 2017 (UTC)

Have to show how Satori can produce Giant Sphere even with feet (and mouth) so that's why there is neededGalaxy Nostra (talk) 15:18, April 4, 2017 (UTC)

Oh i'm sorry I thought you would put Naruto Gaiden The Road Illuminated by the Full Moon in the table of contents just like Naruto Gaiden: The Seventh Hokage and the Scarlet Spring?--Erik.hoary (talk) 17:23, April 30, 2017 (UTC)Erik Hoary

Yeah but I think in some extent a wikia should also contain speculations as such. People are eager to learn about the Akatsuki more than the care to know about the exact sources the infos were taken from. Also I think that my interpretantions are mostly agreed with in the naruto community; I just had the time to just sum up a few of those common specs that are mosrly discussed in forums and wrap them up in a fair context. Espeodor (talk) 15:25, May 4, 2017 (UTC)

Ok I just need to clear something out. They way you did remove my edits was radical and brutal. I have also met many users who were treated equally upon editing some articles. PLEASE WORK ON YOUR MANNERS! There are MULTIPLE ways of giving someone who edited to understand that what he wrote was inapropriate for the wikia! You could have JUST said: "Hey Espeodor, I know you're new and that you don't know how the editing works well yet. I need you to revise your edit and look if you can find some more evidential sources". OR just WARN before you completely erase all written for I can copy what I wrote to work it over! OR PLEASE, just cooperate YOURSELF with me in order to find the apropriate evidence, OR just send me the contact of someone who works on the same topic so that we can work together! INSTEAD OF JUST REMOVING EVERYTHING PEOPLE WROTE THAT MIGHT ALSO HAVE TAKEN HOURS TO WRITE!!! Espeodor (talk) 17:46, May 4, 2017 (UTC)

About the Madara edit Edit

Ï looked up to that.It doesn't happen in the manga.If you know tell me which chapter is that.And if you are talking about the Madara using genjutsu on raikage; it was through a wood clone.We don't know if wood clones posses rinnegan.0-TentouAlucard-0 (talk) 14:10, September 23, 2017 (UTC)

The thing is when we see him with rinnegan talking to the Tsunade it was real Madara.After that we see Choza and Dan talking.Then wee see Tsunade rushing to the Madara.When you look at closely him you can see he has no eyes(I am talking about before tsunade punching him).Even before Tsunade hitting him we can see he has no eyes.He switched with his clone off screen(when Choza and Dan talking).0-TentouAlucard-0 (talk) 15:15, September 23, 2017 (UTC)

And he can easily switch places with his clone since he can travel underground.And he came from underground.And maybe the clone had EMS so Kages didn't suspect.Or it can just be Madara switched with his clone immedaitly.Only Kage so close to him was Tsunade so she could just missed that.If it was Onoki he probably would recognized the clone.And btw like I said when they fighting Choza and Dan scene came in.So they fought a little bit off screen.Since Kage's places in previous scene was different.0-TentouAlucard-0 (talk) 15:26, September 23, 2017 (UTC)

Important notes here; 1- You can't replicate rinnegan so easily.It makes no sense.You have to put black receviers on a corpse. 2-The scene where Madara uses Tajuu Mokuton Bunshin their eyes are closed. 3-The scene where Madara puts raikage under genjutsu we don't see the switch in the manga. 4-The scene where Tsunade rushes to Madara; Even before hitting him he has no eyes which makes no sense if is the result of hitting really hard. 5-On later part of the fight; When real madara lost almost half of his body he still had his rinnegan.0-TentouAlucard-0 (talk) 15:57, September 23, 2017 (UTC)

2-3. If Madara can switch off to the sharingan; Kishimoto would show it in that scene. 4.Even if the damage was already received,it shouldn't have effect his eyes.It would be after he lost his half of his body. 5.Well, when Itachi got cut in half by Kabuto,he had his one eye got empty.Even though he didn't receive damage to his face.0-TentouAlucard-0 (talk) 16:34, September 23, 2017 (UTC)

An additional note; 6-Wood clones possessing rinnegan is really hard to believe.Lets say they have rinnegan.How can they switch off to the sharingan like that? 0-TentouAlucard-0 (talk) 16:43, September 23, 2017 (UTC)

Conclusion is that we don't even see him switching to the rinnegan anywhere except for anime.So there is no need to add this to Madara page.It is saying Madara can do this.While we didn't even directly seen it. 0-TentouAlucard-0 (talk) 16:49, September 23, 2017 (UT

hi this is rogue maltron a new editor on narutopedia why were my additions to trivia of mitsuki deleted please leave a message on my wall thank you for your time Rogue maltron (talk) 16:04, February 5, 2018 (UTC)rogue maltron

Dude it's "Billowing wave" on mangastream.com site. wtf y'all sayin? also is there a way to change page's title?

After seeing my thread not get any replies, I thought I'd try the direct approach. If at all possibly, could you please take a look at my Potential for Himawari thread? Would appreciate the input.

he even made this statement in Naruto gaiden manga before he met Momoshiki.

and yet the profile says Sasuke's stated that momoshiki is threat greater than Kaguya.

You keep editing the Light-weight and Added-weight Earth Release techniques from their original rank of C-Rank to B-Rank without any justification as to why. And I keep fixing it. Either provide why the ORIGINAL RANKING must be B, or stop doing it.

Retrieved from "https://naruto.fandom.com/wiki/User_talk:Ravenlot_27?oldid=1334106"
Community content is available under CC-BY-SA unless otherwise noted.