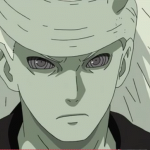 There's a lot to do around here, so we hope you'll stay with us and make many more contributions. And again, welcome to Narutopedia. Please leave a message on my talk page if I can help with anything! -- TheUltimate3 (talk) 02:45, January 22, 2014 (UTC)

Whoa guys I think Elveonora and Rinneganmaster are right. Obvious does mean certain. I think is safe to add it until proven wrong. Think about it if madara happened to revive somebody then is safe to assume that it is Naraka path. Im just giving an example to show my point.--Madaraisop (talk) 00:07, February 20, 2014 (UTC)

I think there was a discussion before and that you are jumping to conclusions. But I will leave it to the hands of the admins, may they decide. Noweeaboohoo (talk) 00:33, February 20, 2014 (UTC)

yes it is kind of like gentle fist but it might be a stronger form of it, since it could create such damage.I think it is a form of gentle fist. so it should not be deleated. IT might be a kekei Genkai of byakugan --Jajati (talk) 11:34, June 13, 2014 (UTC)

This is why you don't speculate. It LOOKED like Shinra Tensei but when the mechanics behind the technique are shown, we know for a fact it's not a Deva Path technique. Doesn't matter how closely it resembles the Deva Path's powers. Had we put that in it would have been an inconsistency.Cloudtheavenger (talk) 03:13, November 22, 2014 (UTC)

hey Cloudtheagenver the debate ended a long time ago about whether rinbo hengoku is a deva jutsu. I already know is not so I haven't talked about it since February. Why do you need to bring up a issue that is no longer discussed from February if nobody recently cares. Seriously.--Rinneganmaster (talk) 05:33, November 22, 2014 (UTC)

Cause I wanted to introduce you to something called the Chaos Theory. It states that one small difference can lead to something completely different results. In this case, a name lead to completely different mechanics. No matter how similar it is, even if it's 99.999%, as long as it's not 100% you should expect an extreme difference. This doesn't just apply to editing wikias, it applies to life as well. In other words, I'm trying to teach you something important.Cloudtheavenger (talk) 07:43, November 22, 2014 (UTC)

But that small difference is highly irrelevant to the vast majority. Therefore your theory has no substance. --Rinneganmaster (talk) 08:38, November 22, 2014 (UTC)

Theory is related to science and everything is science to a degree. I think the only thing here that lacks substance is your intellect That's just the impression you're giving me. It's just one's man's opinion don't let it get to you too much. Either that or you're young and haven't really seen how the world works yet. Also "Your theory has no substance". It's not my theory it was developed long before I was even born and secondly a theory is something that has withstood repeated testing from scientists so to say a theory has no "substance" is not smart of you. Furthermore, I said if it's not 100% you should expect a huge difference, not that a huge difference would happen every time. So my theory to your lack of intellect has been support from what has been observed in this conversation.Cloudtheavenger (talk) 03:08, November 23, 2014 (UTC)

Your opinion is not the .001 percent difference since your ideas were the same as some of the people in the rinbo debate. This shows that your application of the chaos theory is highly flawed. Also, when I meant the theory had no substance, I meant it was irrelevant to the debate. Based on this observation your lack of intellect is prevalent in this conversation since you can't correctly apply the theory.--Rinneganmaster (talk) 05:47, November 24, 2014 (UTC)

And what is the purpose of this? This really belongs in the Theories and Speculation board, not a user talkpage. --Sajuuk [Mod] Talk Page | Contribs | Channel 13:28, November 24, 2014 (UTC)

Is there any particular reason you put a delete tag on Madara's talk page? This page is an asset to the wiki and I doubt it would be considered for deletion. Yuri BaraMessage me 01:59, September 21, 2014 (UTC)

You can't delete discussions that don't violate any policies, man. No matter how insecure you feel about it and no matter how unnecessary you may think it is, it's an asset to the wiki community and is the wiki's property. Deleting it would violate said policies. --WindStar7125

Retrieved from "https://naruto.fandom.com/wiki/User_talk:Rinneganmaster?oldid=973377"
Community content is available under CC-BY-SA unless otherwise noted.