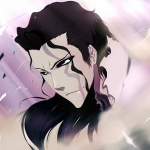 Hello Riptide240, greetings and welcome to the Narutopedia! Thanks for your edit to the Jinchūriki page.

Nagato has indeed taken souls, and it does appear to be a power of the Rinnegan, but we probably won't know that for sure until the next databook comes out, and that should only happen after the series is over, since it does appear to be near the end. Omnibender - Talk - Contributions 00:07, April 21, 2012 (UTC)

Riptide240, we have become aware that you have violated one or more rules that have been listed out in the Image policy. Please make sure to read the Image policy again as well as the other policies listed in the Rules Index so that you are not blocked for ignoring the policies. Any queries about why you are receiving this message can be directed to my talkpage.

The user has left the following message in regards to this notice:

Please crop things down to what you are depicting rather than uploading the entire screenshot. Also, images from the manga containing english text is copyright infringement

I know what it is. I keep removing it because, it is not a new form. The Gallery is supposed to be of the Susanoo's different forms. Equipping it to Naruto is not a new form, it's his same final Susanoo, just now covering a giant fox.--TheUltimate3

No it's not because it even says in the description above the gallery itself that it's a new form which is his perfect susanoo even in the weapon section it says that the new sword is apart of his perfect Susanoo Riptide240 (talk) 20:51, February 5, 2014 (UTC)

1) I did read the description. The description states that Sasuke was able to conjure a complete Susanoo, which is pictured, and then goes on to mention that he can augment it with natural energy, which doesn't get pictured because it's not a new form either, just complete Susanoo with a curse seal, then put that Susanoo (read the complete Susanoo) on Kurama which wielded a plated sword, which is pictured in the weapon section.
2) Please don't post the same comment twice, once here and once in my talk page. I assure you I will see your message the first time.--TheUltimate3

After that it says "After further syncing with Naruto Uzumaki, Sasuke was able to achieve the perfect form of his Susanoo and equip it to Naruto's Sage Tailed Beast Mode as a suit of armour". And " Upon reaching its perfect form, Sasuke's Susanoo blade changes to that of a giant sabre like that of his incomplete form, however, it is made of many chakra scales".That's the pic I was putting and srry about the double comment Riptide240 (talk) 20:59, February 5, 2014 (UTC)

The forms that are to be displayed are forms achieve by the wielder. If Sasuke decided to equip it onto a tree, you expect us to depict that as a natural progression of the Susanoo avatar? We mention the ability to do it, but not an image of it.--Cerez365™

Why do we even

Deva Path got removed from Rinbo: Hengoku. I think we need to gather people who agree that Deva path is rinbo Hengoku's parent jutsu in order to convince others to let us do it.--Rinneganmaster (talk) 00:05, February 7, 2014 (UTC)

Re: What would it take?

Things like that are determined by need (we don't need anybody new among sysops or rollbacks right now) and the quality of your contributions. Long story short? Continue to contribute and add to the wiki and always strive to improve. You never know when opportunities may arise. Other than this advice, there isn't much I can do for you. I don't make those types of decisions. ~ Ten Tailed Fox

Cerez is a rollback, just thought I'd put that there. If you want the rollback flag, demonstrate that you revert vandalism, regularly request files to be moved to new names and help the moderators with the forums. If you demonstrate a need, a rollback will grant you the flag. --Sajuuk Talk Page | Uploads | Tabber | Contribs | Channel 06:59, September 17, 2014 (UTC)

I prefer the front, but if you insist on the behind... jk, sure :P But I'm afraid that neither of us knows any better if it was Six Paths Yin Power or Rinnegan which allowed him to touch the rods.--Elve [Mod] Talk Page|Contribs 10:37, October 4, 2014 (UTC)

Retrieved from "https://naruto.fandom.com/wiki/User_talk:Riptide240?oldid=1053995"
Community content is available under CC-BY-SA unless otherwise noted.