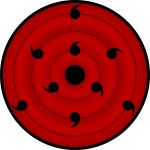 Hello Rubião, greetings and welcome to the Narutopedia! Thanks for your edit to the Talk:Hand seals page.

No worries, thing like that happens :). Just to make one thing clear, info from new chapters are allowed to be posted when the chapter can be read in English, (which usually is GMT Wednesday evening or Thursday morning, so if you find it, leave a link in the summary. The sites that is most popular here seams to be: Manga stream, Manga Fox, One manga and Manga hut, which has proven to be reliable. Jacce | Talk 16:33, March 11, 2010 (UTC)

Then don't bother describing the seal, list it either as "unknown seal" or "technique specific seal". The only seal we don't do that for is one that appeared way back when Kakashi fought Zabuza, and that's because we got a name for it from the anime. Omnibender - Talk - Contributions 21:08, March 11, 2010 (UTC)

When adding plot information to character sections, please keep in mind to describe what is relevant to the character. Some stuff you listed at Tsunade were rather general on the meeting. Oh, also remember not to use present tense. Omnibender - Talk - Contributions 22:59, April 14, 2010 (UTC)

But that might be another Dark Release technique, since it wasn't named. It's not neccessarily Dark Release: Inhaling Maw, since that one is seen to be used through the hand. Dark Release techniques absorb, release, and manipulate chakra taken from another person, not just that technique neccessarily. It may be the same kind, but not exactly the same, since he's not using the same hand seals and he's channeling it through his mouth, not his hand. --GoDai (talk) 06:10, April 25, 2010 (UTC)

I actually think we should have something like "Chakra Inhaling Technique" and I agrre that it really isn't the bird seal. It was the seal that Shikamaru was holding at that time for the Shadow Sewing Technique, making it likely a mistake. If you see the battle between Orochimaru and the Third Hokage, Tobirama Senju raised his ring and little fingers for the technique. --GoDai (talk) 22:17, April 25, 2010 (UTC)

I'm pretty sure the seal for the Shadow Sewing Technique isn't the Bird seal, since it is pretty clear in Chapter #122 when the Third Hokage uses the Dead Demon Consuming Seal, it is clearly the ring and little fingers raised and the index and middle fingers interlocked inwards, and it couldn't be the middle fingers raised since there's too much shadow showing depth into the hand. --GoDai (talk) 23:13, April 25, 2010 (UTC)

I think I have it. The Bird seal is "Index and middle fingers interlocked inwards, and ring and little fingers raised together." It took some time, but I realized the anime and movies make a lot of mistakes, and I focus on manga. In the manga, Shikamaru uses the seal I mentioned above for the Shadow Sewing Technique, as seen in the battle with Hidan. Now I know that is the Bird seal since the Second Hokage uses the same seal for Water Release: Water Dragon Bullet Technique when being controlled by Orochimaru. The last seal for that jutsu was labelled as Bird in the manga. The only problem is that in the movie, Shikamaru uses the seal for the Multi-Size Technique instead, which is likely a mistake. Also, in the article, that seal is labelled as Bird. Anything that seems similar to the seal from frontal view is labelled as Bird in this wiki, which should really be fixed. It is true that it seems the ring fingers are folded down, but if you do the seal I mentioned above in front of a mirror, that is only caused by the strain between the fingers. See: [1], [2], and [3]--GoDai (talk) 23:41, May 3, 2010 (UTC)

Sure, you wouldn't be the first person to make such a page. Just give me credit if you end up using ideas from my table. Omnibender - Talk - Contributions 22:39, September 7, 2011 (UTC)

I used to have Metal Release with the kekkei genkai type of icon. If you check the file history, you can see it. If you specifically use the url of that old revision, I think you might be able to use it. Omnibender - Talk - Contributions 00:26, September 8, 2011 (UTC)

Re: About port wikipedia

My faith in the Portuguese Wikipedia is very small. There are a couple users over there who are concerned with content quality, but they don't edit frequently enough to keep everything in its tracks. I have left some explanations and directions in some pages, and at least a small part of it seems to have made an effect. I no longer see them listing Utakara and Han as users of Bubble Release and Steam Release, for example. Plus, I only take a frequent look into a few pages, mainly those which relate to kekkei genkai and advanced natures. I took a look by change at the Portuguese Naruto Wiki today because of an interwiki link at Sasuke's article. I see some stuff there is very poor indeed, and loads of it seem to be translated versions of our articles. Omnibender - Talk - Contributions 00:04, September 9, 2011 (UTC)

Lol yeah I clicked the link and stole some images from them but that was after >.> To be honest though, I've been to other Naruto wikis and I've realised that this one is sort of the "flag ship" for the others so they take stuff all the time. But most of the stuff Shounensuki does would fall under his intellectual property.— Cerez365™

If you see a page that's spam, don't delete the contents of the article, but add {{delete|quick=true}} to the top of the page and leave the content as is. Otherwise, you are just making it harder for staff to know why the page needs deleting. --speysider (talk) 15:55, February 9, 2012 (UTC)

i think it is about 2 mangekyo sharingan power, not especially amaterasu or tsukuyomi, all uchiha's has susanoo power, also they have different ms power like kamui or kotaamatsukami

it is about 2 ms power, example uchiha madara, he never use amaterasu or tsukuyomi i think he has spice-time doujutsu

Retrieved from "https://naruto.fandom.com/wiki/User_talk:Rubi%C3%A3o?oldid=978672"
Community content is available under CC-BY-SA unless otherwise noted.