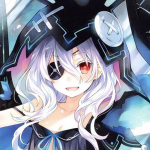 Very Important:
From June 17, 2014 only I will create icons only for Narutopedia and Naruto Wiki. Icons will not be created for Naruto fannon.

Hello Sasukeuzumaki, greetings and welcome to the Narutopedia! Thanks for your edit to the User:Sasukeuzumaki page.

Hey, can you upload the rest of svg. files of the Mangekyō Sharingan eyes that are depicted in the latest episode? I would be helpful for that. Thanks in advance... ^_^ —Shakhmoot

I moved it, and you can move it as well since it doesn't require the admin powers to move the files names. So, could you upload the rest of those eyes? Thanks so much... —Shakhmoot

Hi! Could you maybe create a new version of Dōjutsu Uchiha Ancestor.svg in the style of Mangekyō Sharingan Naka.svg and the others? I'm not sure if this wiki needs it, but I'd need it in the German wiki, so if you can do it, upload it on an external image hoster, please ^_^ Seelentau 愛議 13:01, March 27, 2014 (UTC)

Alright, I managed to upload a transparent version of your picture myself. However, I have another request. This time, I need this file with the red background. Seelentau 愛議 11:23, April 2, 2014 (UTC)

Well, since no one bothered to oppose the suggestion of updating Indra's dōjutsu to a Mangekyō, I'd like to request that you upload your updated version. The file name has to be "File:Mangekyō Sharingan Indra.svg" so it shows up correctly in his infobox though. Omnibender - Talk - Contributions 17:12, April 2, 2014 (UTC)

Hello there. I am a member of the Naruto Fanon Wiki and I have an Uchiha I have been planning but I do not have a Mangekyō Sharingan or Eternal Mangekyo Sharingan for him. I was wonderin gif you would be able to take a request for both as well as the possibility of maybe making a fanon village symbol, as well. Any help that you can offer would be greatly appreciated and, if you would like, I could draw a Naruto OC for you (I am an artist on DeviantArt). ^_^ Wolf (Howl) 18:00, April 22, 2014 (UTC)

Oh, thank you very much for doing this. I would like to use this as an Eternal Mangekyo Sharingan but I am not sure which one to use as a Mangekyō Sharingan. XP Do you have any suggestions? Also, I am still trying to decide on my village, so that one might take a bit more time. Wolf (Howl) 18:32, April 22, 2014 (UTC)

You can draw other ones too? That is awesome. I was actually tweaking my character a bit, though, and I decided to postpone my Uchiha idea for a bit and work on a new idea, the Setsurō Clan. Do you think that you could do a new symbol for the clan (my current one is kind of meh). I still like the design and size but I was wondering if you could do a quick re-do of it. Here is the original. Thanks so much. Wolf (Howl) 22:52, April 23, 2014 (UTC)

Hello! I was wondering if you could possibly create a couple of Mangekyō Sharingan.svg designs for me for my work on the Naruto Fanon Wiki? I could link you to the designs (there are three of them) if that wouldn't be too much to ask? If not, I understand. Thank you! ~ Ten Tailed Fox

Oh, those look amazing! I will use one of those then and I'll make sure to give you credit! Thank you so much! ~ Ten Tailed Fox

Long time no see, Sasuke-san. If possible, I'd like to know how you create these images. If you want to keep it a secret, then would you please do a couple of them? I already saw the ones you already did, but they're not exactly what I was searching. Thank you for the attention.JOA20 (talk) 20:39, April 27, 2014 (UTC)

I was directed to you for a good Mangekyō Sharingan SVG images by a friend of mind. I have these two images, but any time one of my friends tries to convert it, it ends up being pixilated and bad, and they don't know how to start from scratch. So, if you could possibly create the brand new files, that would be splendid and I would gladly give credit. If you lack the time, then it is fine. Thanks for your time and have a great day. "Demons run when a good man goes to war." (talk) 00:17, April 28, 2014 (UTC)

I was told, I could turn to you for a Mangekyō Sharingan request. Myself, I am from the Naruto Fanon, and I have a Uchiha, which has achieved Eternal Mangekyō. I was wondering could you create two Mangekyō Sharingan, and one Eternal. The two Mangekyō could be different, seeing as to how they aren't for the same character. But, one of the Mangekyō and the EMS, are for the same character, so yeah. You may freestyle as you please, I have no specific design. If you are busy, I would gladly be okay with you, just doing the EMS and MS for the one character, and you may do the other MS on your spare time if need be.

Sasuke's Rinnegan and Eye of the Moon svg

Hey, could you please make a symbol for me? It's for the Wasabi Family, and it's what I presume is their clan symbol. You can see it in episode 103 of part 1, around 3:30 minutes in. --Kasan94

Hello Sasukeuzumaki, I noticed that you create Icon and Custom Dōjutsu. I wanted to ask what program do you use to create them?--Der Kaiser-(Chat) 05:28, July 12, 2014 (UTC)

Hey, love the work you have done so far. Could you please help me with another piece? --Kasan94

If you're still out there, could you please make a svg of Fugaku's Mangekyo, from episode 455? I uploaded one from another wiki, but as it was pointed out later, that particular design only appeared when he was casting genjutsu, kinda like how Itachi had a transitional MS way back. Someone else did upload another version, but the file size was way bigger, and the quality was not as good as the transitional one. Omnibender - Talk - Contributions 23:20, April 8, 2016 (UTC)

Retrieved from "https://naruto.fandom.com/wiki/User_talk:Sasukeuzumaki?oldid=1144283"
Community content is available under CC-BY-SA unless otherwise noted.