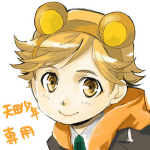 Hello Small brother, greetings and welcome to the Narutopedia! Thanks for your edit to the File:New Itachi.JPG page.

Seams like you missed to add proper license. For manga images, use

and for pictures from the anime, use:

Take a look at this image page and compare it with one of yours. Notice the difference in the fair use rationale? Jacce | Talk | Contributions 13:46, August 21, 2010 (UTC)

Small brother, the image They ALIVE2.jpg which you uploaded has been deleted. We suggest you look over our image policy before you upload another image to make sure you aren't breaking any part of the policy. ShounenSuki (talk | contribs | translations) 18:42, August 20, 2010 (UTC)

Small brother, the image TheyALIVE3.JPG which you uploaded has been deleted. We suggest you look over our image policy before you upload another image to make sure you aren't breaking any part of the policy. ShounenSuki (talk | contribs | translations) 18:42, August 20, 2010 (UTC)

Small brother, the image TheyALIVE5.JPG which you uploaded has been deleted. We suggest you look over our image policy before you upload another image to make sure you aren't breaking any part of the policy. ShounenSuki (talk | contribs | translations) 18:42, August 20, 2010 (UTC)

Ok, you can stop now.

I take it you have been ignoring the many messages from the previously deleted images so I'm going to say this now: Stop uploading images. You keep uploading the same scanlation image over and over and I can tell you now, they will not be used. You don't have a rational in any of them anyway. Just save yourself the trouble and stop uploading.--TheUltimate3 (talk) 14:17, August 21, 2010 (UTC)

You know, if you had just read the image policy, you would have understood what you did wrong. However, since you apparently left, I'll just assume you're not going to fix the problems with your images and delete them. —ShounenSuki (talk | contribs | translations) 18:00, August 21, 2010 (UTC)

im only and just want to delete the pictures for you|||||

where are you from?

As far as I remember, it was only used in the anime and was not given a name, and I don't recall seeing the seal used anywhere else. To say for sure is thus not possible. Some thinks it was the Fire Release: Dragon Fire Technique, even though Nagato didn't send the fire on some sort of thread. To me, the jutsu most similar to Nagato's is the Fire Release: Fire Dragon Flame Bullet, even though they were quite different. Jacce | Talk | Contributions 11:10, August 29, 2010 (UTC)

There has been some complaints about your images. You should try to look for some with higher quality. And when placing a fair use rationale, place Template:Before the code and afterwards. Jacce | Talk | Contributions 05:50, September 6, 2010 (UTC)

I'm don't know what "abload" means, but if you mean "upload", the Fair use rationale is required on the images page. I left the two most common ones here. Jacce | Talk | Contributions 17:01, September 6, 2010 (UTC)

We no longer list relatives' status in other characters' infoboxes. And stuff like father and mother is automatically added, because parents are added to a different field, which adds father and mother annotations based on the gender at that character's infobox. Omnibender - Talk - Contributions 22:59, September 6, 2010 (UTC)

First: he used it only in the anime, against Kakashi during Itachi's and Kisame's visit at Konoha. Most likely episode 82, possible 81.

yeah, but i watch the episode, and i didn't seeing him use it, never used it.

can you to determine more, please?

If you want to change the image in Itachi's infobox that much, discuss it on the talk page first. Your constant changing of this image is bordering on vandalism. —ShounenSuki (talk | contribs | translations) 16:15, October 9, 2010 (UTC)

Hi! By first one, I guess you mean this one and the second one is this one. Nice one, although when you write the fair use rationale code, remember to add "Fair use rationale" behind {{, above the Description section. Also, sign your talk pages posts with ~~~~. Jacce | Talk | Contributions 14:10, October 16, 2010 (UTC)

Re: My new article

Please stop uploading images of characters that have been resurrected. You have literally uploaded dozens of these images in the past few months, and all of them have been removed. They look exactly the same as they did when they were alive, so there is no reason to upload additional images of them when undead. ~SnapperTo 21:05, November 13, 2010 (UTC)

I have checked the episodes 84-88 and honestly I don't see Kakuzu using any seal when preforming Pressure Damage. Whenever it is used, all I see is the mask. in which episode did you see it? Jacce | Talk | Contributions 11:01, November 17, 2010 (UTC)

Re: my new pictures

I was just pointing out that although the images are of low quality, you can still see the seals he is using. Jacce | Talk | Contributions 18:00, December 28, 2010 (UTC)

Re: kakashi vs nagato theme?

You have to add the license and fair use rationale, with out those, your edits will be reverted.

It is unnecessary to add Sasuke and Itachi to each others' infoboxes. Because they're both listed as having the same parents, the infobox automatically adds them as siblings. If this isn't happening when you see the page, you should try clearing your cache. Omnibender - Talk - Contributions 19:59, July 9, 2011 (UTC)

From what I can see, Hanzo's jutsu page seams complete. Judging from the headline, I guess you want to add the Water Clone Technique to his page? I can reveal that it most likely was the Water Body Flicker, which is just the normal body flicker. Jacce | Talk | Contributions 16:07, July 10, 2011 (UTC)

Re: A favor, translate a video

From what I can tell, he speaks Japanese. You have to ask User:ShounenSuki for a translation to English. Jacce | Talk | Contributions 18:47, September 21, 2011 (UTC)

I hope I understood you right: why is Lars just Jinpachi's half-grandson? I think it is because Lars is an illegitimate son to Heihachi. If Lars had been born by Kazume, he would have been Jinpachi's grandson, because Kazume is related to Jinpachi through marriage. Jacce | Talk | Contributions 12:57, September 25, 2011 (UTC)

Not to intrude, but I would like to point out that there is no such thing as a half-grandchild. Similarly, you cannot have a half-child, either. You can only have half-siblings. —ShounenSuki (talk | contribs | translations) 13:03, September 25, 2011 (UTC)

No, someone cannot be your half-grandchild. A half-sibling is when you share only a single parent with someone. The situation is impossible in reverse. Any child of yours is always your full child. The same goes with grandchildren, obviously. Illegitimacy, divorces, marriages, all are unimportant. Either someone is your (grand)child, or not. —ShounenSuki (talk | contribs | translations) 18:17, September 25, 2011 (UTC)

I haven't a clue who those people are, but if this Lars is the son of a child of this Jinpachi, then they are full grandson and grandfather. —ShounenSuki (talk | contribs | translations) 19:12, September 25, 2011 (UTC)

Re: A favor-translate a video

I'm truly sorry it took me this long to respond, but I was very busy lately, so several things slipped my mind.

In arabic, I think it would look something like this:

I'm having some problem with my computer so I can't check to be sure, but I think that kid (not Yuki, the other one) appeared in the earliest episodes. If you want to look for yourself, you can try this page. Jacce | Talk | Contributions 13:25, October 30, 2011 (UTC)

Re: Another translate favor

Re: A third translate favor.

Re: A small favor translate.

We use to have Spanish and French voice actors, I removed them, amazingly no one either noticed or complained. The wiki is for the english series, and the original source. — SimAnt 19:15, April 10, 2012 (UTC)

Hi there. If you give me the names, I can see what I can do, even though names usually aren't meant to be translated and might not have a logical outcome. Seelentau 愛議 15:41, March 2, 2013 (UTC)

I can't do much without Kanji. If you want me to translate them, you'd have to give me Kanji. Otherwise, the names could mean anything. For example, Jinpachi has seven ways to be written in Kanji. Seelentau 愛議 17:46, March 2, 2013 (UTC)

No, I just forgot about your request. Sorry for that.
That's all. But please keep in mind that those names are just that: Names. The translations are mostly senseless since the Kanji were chosen because of each its own meaning and not to produce a translatable word. Seelentau 愛議 21:21, April 11, 2013 (UTC)

Re: Mistake page for Kaguya.

Retrieved from "https://naruto.fandom.com/wiki/User_talk:Small_brother?oldid=1173560"
Community content is available under CC-BY-SA unless otherwise noted.