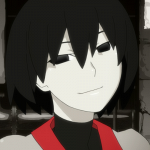 Hello Johnny Thunder, greetings and welcome to the Narutopedia! Thanks for your edit to the Fū Yamanaka page.

Stop vandalising the wiki by adding nonsense and false information into the articles. It may lead to blocking. --Speysider (Talk Page) 19:26, April 8, 2012 (UTC)

I mean like the edit you made on Naruto Uzumaki's Relationships. If you've even read the manga, then it was Naruto that headbutted Tobi, not the converse. That is considered vandalism. Also. The. One. Word. Sentences. Make. You. Look. Like. A. 5. Year. Old. So. I. Suggest. You. Stop. Doing. That. --Speysider (Talk Page) 19:33, April 8, 2012 (UTC)

Oh that.. Well you could at least leave a proper comment in the summary, not just "lolwut" as I'm not from an English speaking country, I mean, I do know what headbutt means but I had no idea that it has a certain order to be written in. Sorry. I will try and make better edits from now on. And. This. I was really surprised, because I really didn't think it would count as vandalism. Double sorry. --Who cares about signature? 19:37, April 8, 2012 (UTC)

Just as an fyi, anything that has not been confirmed or given any official source or is just wrong in general because it's already confirmed in the manga is considered vandalism. As an example so you know what I mean, if you started adding things that Naruto was SO6P, when it's not confirmed, that would be considered vandalism. Make sure that what you add is officially stated in the manga and/or the anime. Also, apologies for the stupid summary message, it was because it was to reference that you should've looked at the picture and thought about it first. --Speysider (Talk Page) 19:40, April 8, 2012 (UTC)

Oh you mean like I did by saying that Karin sensed the chakra of Kurama in Naruto when it isn't confirmed? I thought that was pretty obvious, but if it's not confirmed, well okay then. --Who cares about signature? 20:01, April 8, 2012 (UTC)

She sensed an evil chakra, but she did not know that it was Kurama. It's best to add things only if they have been confirmed. Most of the time, the other editors like Cerez, Deva, LeafShinobi and some others will add in the correct information along with references. --Speysider (Talk Page) 20:04, April 8, 2012 (UTC)

Retrieved from "https://naruto.fandom.com/wiki/User_talk:SnowyNix?oldid=842532"
Community content is available under CC-BY-SA unless otherwise noted.