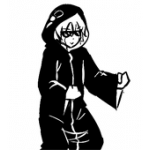 The Six Paths and the Shinobi powers (please contribute!)

This is an old issue, but I've been reading some articles in Wikipedia about Buddhism[1] and I found some interesting things such as:

With that said, I think the ones who mastered the Six Paths Techniques had to become these six beings at the same time. So Madara (for instance) is a Deva, an Asura, a Preta, a Naraka, an Animal and a human being AT THE SAME TIME.

The Six Paths Technique is the highest technique a Shinobi can learn, and with this, they are no more an individual, but the merge of all kind of perfect beings at the same time. (and they can do this through the Rinnegan).

My point is: I don't think that the Shinobi Power is dictated by Ninjutsu, Genjutsu and Taijutsu knowledge, but instead a Shinobi power is a mixture of the Six Paths. It is an abstract speculation, and that's why I came here, so you can help me to give it a form.

Is important to notice that the Ninshuu (Shinobi Sect) preached the self understanding and of others, therefore the Sect is a way to ascension in order to reach peace.

I don't understand your point. We are not here to speculate on what can be but to document what it is. Neither your talkpage, nor this wiki is the right place to post this. Try some forum site. ~ UltimateSupreme 15:21, August 25, 2013 (UTC)

I found out the policy confused. In the Userpage policy it says that I can create a fan page, and in the Talkpage policy it says I can't. But isn't the talkpage part of my userpage? You will see my name in both. How about the Omnibender's element table? That is speculation, yet is fun to contribute and actually it can provide you some information about Naruto universe. When have you forgotten to have fun with Naruto? Bureaucracy, all I read is bureaucracy.--Spcmn (talk) 15:52, August 25, 2013 (UTC)

If you read it properly, it says that it would be deleted if its a fan profile. You may have it as a subpage of your user page if you want (User:Spcmn/Six Paths Theory or whatever...) but forcing other users to contribute there isn't the best of all ideas. You would obviously get more responses on forum-sites. ~ UltimateSupreme 16:00, August 25, 2013 (UTC)

Indeed I missed the part of being deleted, but anyway I can't force anyone to contribute. I expected people to join me, but as I can see there's more users that want to create a "scientifical" wikia, not a wikia that creates diverse information.--Spcmn (talk) 18:26, August 25, 2013 (UTC)

Retrieved from "https://naruto.fandom.com/wiki/User_talk:Spcmn?oldid=840881"
Community content is available under CC-BY-SA unless otherwise noted.