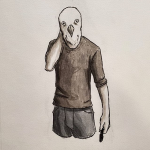 Forums and talk pages are to be used to discuss how matters of the wiki, and how to list the information about the series. It is not a place for discussion and speculation about the subjects themselves. For that, I direct you to the Naruto Answers wiki, where I'm certain that some of your recent questions have been asked already. Omnibender - Talk - Contributions 02:23, January 15, 2014 (UTC)

Sorry for the late response, but I advise you ask SuperSajuuk. He's more experienced with that than I am. • WindStar7125 [Mod]

Congratulations on attaining the Forum Moderator position. Your rights will become effective as soon as Omnibender/another Sysop grants them to you. Familiarize yourself with the rules and regulations here: [1] [2]

Take note that my position as Forum Operator will be different than Sajuuk's or WindStar's. I'm not your boss. We're a team: all of the forum moderators and myself. We all work together to manage these forums. If you see something that requires my attention specifically, feel free to drop a message on my talkpage and we'll get it sorted out. Let's do some good for this wiki. --Jizo 悟 (talk) 20:55, September 15, 2015 (UTC)

apology accepted. just in case for you to make sure you understand, i'd suggest you should read the manual style policy. i hope you understand. http://naruto.wikia.com/wiki/Narutopedia:Manual_of_Style#Writing_style Kunoichi101 (talk) 04:09, December 25, 2015 (UTC)

Hi. I am responding here in reply to the question you posted on Curse of Hatred's talkpage. This is because a sysop has not updated the community JS that controls user tags. I will contact a sysop to update the JS appropriately (including the tags on user posts in the forums themselves), as it seems to have been missed for months ever since I had left the wiki and it's unlikely anyone else will do it. --SuperSajuuk (talk) 20:01, March 2, 2016 (UTC)

No worries. Most of the forum related JS was added by my request when I was still forum op, so I know what kind of stuff needs to be done :P
Just note that it may take a couple of days before the tags will show up. --SuperSajuuk (talk) 07:18, March 4, 2016 (UTC)

Hey I just saw your message just now but how do I get a warning when I simply responded that way because he did so? I'm usually chill with ppl but I dunno quakingstar wasn't he first claimed we insulted him in the first Nagato vs Sasuke fight and now he kept coming at us until finally throwing shots which were weak but that's besides the point —This unsigned comment was made by 9 Arts Dragon (talk • contribs) .

Hey. What's your opinion regarding threads such as these? I know I have no moderational power over the forums so that it's not really my place to be asking about it, but I was under the impression that such threads had no real place on the wiki because of the chat being a better place for random spam discussions like that. Thanks. --Sajuuk 11:18, September 11, 2016 (UTC)

eh Can I have some help with poll template. Because I want to make the poll such that it can allow multiple vote(vote for more than one option). Thanks in advance. The thread is here:[[3]] Namikazenaruto9 (talk) 08:43, April 21, 2017 (UTC)

Can you please just tell Ninjachris to stop insulting just because i am not agreeing with him.Thanks.Kakashisologod1 (talk) 14:53, May 9, 2017 (UTC)

Hi, Yes I read the policy but it was a long time ago, and honestly I'm not going to read it over. You were the moderator for he thread, I told the user several times to stop misrepresenting what I said. highlighting exactly which part of my posts I was referring to. He ignored this basically trying to make me look like a liar, why didn't you intervene at any point in time then? Like I already said feel free to block me if want as I have a life other "naruto wiki" and there are other websites. I was not derogatory or belligerent and there isn't anyone that is going to stop me from speaking my mind.

Could you please take a look at my Obito vs Itachi thread? Certain individuals are known for provoking other users with insults and are just plain disruptive. This is especially the case with threads that concern Itachi, I would like to prevent another thread from spiraling out of control.

Lately, a new user seems to be not unlike another user that was banned a while back. Using the same sort of style and such, disrupting threads in a similar fashion. What is the policy when dealing with such a case? Also, could you take a look at the Sasuke vs Jiraiya thread? Don't want that thread to spiral out of control as well.

Mind moving this topic to the Naruto Discussions board? Thanks a bunch. Infinite tsukenomi DXAshram (talk) 12:12, November 15, 2017 (UTC)

Ever since he joined this wiki three days ago, he was been doing nothing but insult others on the threads he posts in. Here's Case 1 and Case 2. Please do whatever it takes to end his toxic behavior. --UltimaDude (talk) 11:07, February 19, 2018 (UTC)

I swear, there are times I wish I could do this myself. Requesting another thread move, this time for this thread to be moved to the Boruto discussion board. Thanks a bunch. DXAshram (talk) 15:10, March 5, 2018 (UTC)

The usual. Not sure whether to move this thread to the Naruto board or the Boruto board, to be honest.

Better understanding of the Rules

I think I'm supposed to ask this here. Are posting links allowed? I seen others doing it recently, and I've been under the impression that posting links was frowned upon. I've also seen various offensive language, not that I care, but can using such language result in a ban? LoneNinja (talk) 01:46, March 25, 2018 (UTC)

I have noticed something incorrect on Itachi's page and would like to change it, but as the character is revered, I would like your confirmation first. I have also asked @Seelentau to be sure.

Please take a look at my Itachi's genjutsu thread.

I'm having trouble with this wiki...

All I've done so far was asked for evidence in the versus debates. But then I see I'm getting spammed in the abuse log after every post. I have not called anyone a name. I have not source edited or anything. What's the deal? FactsJudge (talk) 04:31, May 26, 2018 (UTC)

It did. I was unable to post for a while there. I can't even see who's doing it or why. This should be punishable and ya'll should ban the one behind this to prevent the wiki from being ruined. FactsJudge (talk) 07:33, May 26, 2018 (UTC)

AsianReaper, the forums seem to be getting pretty toxic here and there. When you or another mod has warned a user before about vitriol and they continue, could you use the Narutopedia:Sysop Requests page to request temp blocks of the user. ~ Daniel Friesen (DanTMan, Nadir Seen Fire) (Local Talk ⁝ Animanga Talk) 19:08, May 27, 2018 (UTC)

My reply to you in the Obito vs Minato thread.

"Since Jason keeps randomly bringing Genjutsu up, I'm making sure he can't say it works on Minato in this fight. As to why it is relevant. Ask him. He keeps trying to change the topic to Itachi vs Minato it seems. In fact, I had to ignore everything he was saying at one point because it was completely off topic. Look at our last paragraphs from our last posts and you can clearly see him still trying to get me to go off topic and discuss crow clones when the argument was I have no credibility in this debate due to me denying Itachi's ability of turning into crows in another thread. He tried saying that, cause I stated and showed how he denied Minato can use FTG 2nd Step and didn't have credibility when it came to him." Posted it here cause you seemed to have missed it. LoneNinja (talk) 00:04, July 30, 2018 (UTC)

Is using other thread information against the rules if it is relevant to the discussion? Haven't seen anyone be warned for doing that before. And I've seen plenty of people do that. So I just figured it wasn't since I don't see anything about that in the rules. LoneNinja (talk) 22:51, July 30, 2018 (UTC)

Jason is on another forum antagonizing me about a similar discussion from another forum. He doesn't directly reference it but he is not contributing to the conversation being had there. https://naruto.wikia.com/wiki/Thread:265914?useskin=oasis#21 LegionZero (talk) 03:20, August 5, 2018 (UTC)

I would think this thread would be more suited to the Boruto Discussion board rather than the Episode Discussion board. Thanks a bunch! DXAshram (talk) 20:39, August 9, 2018 (UTC)

More threads to move: This one, which frankly because of the awkward English I'm not even sure what the guy is asking, and this one, to the Boruto Discussion board. Thanks! DXAshram (talk) 15:03, September 13, 2018 (UTC)

I didn't really think it was going to create a page. I saw add an image icon on the vs forum and thought I could upload a file directly into my statement from my drive like other websites, but it created a page out of it; which I had not intended. I don't think it followed the Image Policy either, so I really don't know how to go about fixing it. LoneNinja (talk) 22:43, September 24, 2018 (UTC)

Hey there! I was reading a discution about Wind Style: Rasengan and noticed it was archived but still nobody had answered it correctly. I was about to write a comment but found out I can't anymore. If maybe you could add something my explanation would be this: After naruto used WS: Rasengan he was hospitalized because the blast was too close to his arm, when Tsunade paid him a visit she prohibitted him from using it because if he used it again he could lose his arm. After that Naruto worked on the jutsu until he managed to give it a different shape and even throw it.

I hope you can change it and that this helps someone. also sorry if i mispelled something, we don't use a lot of english here in brazil thank you, Rinnert

A super long thread needs to be closed, thanks.

As you have seen the whole fiasco with @FlatZone, I thought of something that might help future discussions. What are your thoughts on implementing a downvote button to threads? Assuming it is even possible in the first place, what are the pros and cons in your opinion? Would it give this wiki community more power to show their disapproval for certain posts? Any feedback would be appreciated.

After seeing my thread not get any replies, I thought I'd try the direct approach. If at all possibly, could you please take a look at my Potential for Himawari thread? Would appreciate the input.

Just sharing, seems nobody has seen it yet otherwise some of this would be in the pages already FlatZone (talk) 17:45, August 19, 2019 (UTC)

What do you mean by mod flag? When I'm at your user page and user talk page, I see "discussion moderator" very clearly at the top. Omnibender - Talk - Contributions 00:28, September 14, 2019 (UTC)

I think I know what the issue is. Those tags are added through a forum js file. Since your username changed, that the file has to be updated. I believe I found it. Let me know if it worked. From what I gather, my edit has to be reviewed, so effects might not be immediate. Omnibender - Talk - Contributions 03:49, September 14, 2019 (UTC)

Just wondering, is my latest thread in the right place? I tried searching for other places to put it, but I couldn't see any. My latest thread is whether Bansho Tenin works on Susanoo.

Hi! I’m sorta new to this wiki, but I was wondering where the discussion page is? Almost all the other wikis have one. Just asking :)

Retrieved from "https://naruto.fandom.com/wiki/User_talk:Squinty97?oldid=1348489"
Community content is available under CC-BY-SA unless otherwise noted.