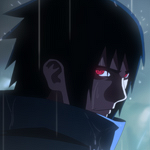 Hello Reddju, greetings and welcome to the Narutopedia! Thanks for your edit to the Talk:Uzumaki Clan page.

Any time you post a quote, you need to make sure that the quote is actually important to the character, first of all.

Secondly, and this applies to the article in general, you should never write Uchiha Madara, Uzumaki Naruto, or Namikaze Minato. The correct format for this site has us using Madara Uchiha, Naruto Uzumaki, and Minato Namikaze.Ryne 91 (talk) 06:02, April 11, 2011 (UTC)

It is a matter of opinion as to which quote is more character defining. I believe that the quote that first revealed his identity was more character defining. The other one did say that he obtained Hashirama's power and is the Second Path, but it is hard to say exactly how important that is. The very meaning of the quote is uncertain. What Paths does he speak of, exactly? What power did he obtain from Hashirama? It is all uncertain.Ryne 91 (talk) 22:40, April 12, 2011 (UTC)

Some of what you said borders on speculation. No one said anything about "incarnations of the Six Paths." They didn't say anything of the sort in the actual chapters. Furthermore, the power that Madara obtained from Hashirama would not be his DNA. That may be a conduit for the power, but that in itself is not the power. In fact, his ability to use Izanagi to the extent that he can is a result of the power, not the power itself.Ryne 91 (talk) 02:04, April 13, 2011 (UTC)

Those aren't really important, since they don't really show anything about his character that isn't there already. Omnibender - Talk - Contributions 01:21, May 4, 2011 (UTC)

Retrieved from "https://naruto.fandom.com/wiki/User_talk:Szod14?oldid=603437"
Community content is available under CC-BY-SA unless otherwise noted.