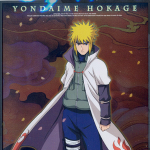 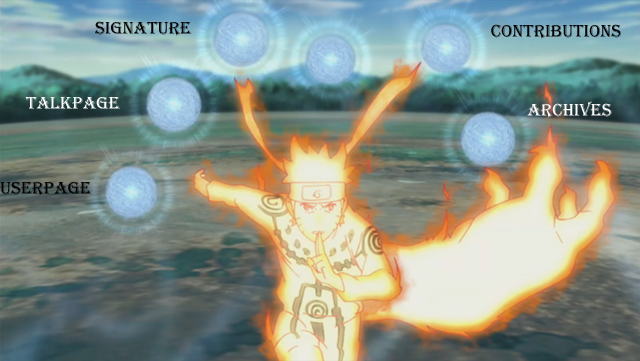 For some reason, Fire Release Bullet: "Blaze" isn't showing up in any infobox it's supposed to appear. I suspect it's because of the quote marks in its title, which must be interfering with the way infoboxes deal with data. Is it possible to make it appear, or would we have to remove the quotes from the article title? Omnibender - Talk - Contributions 20:41, June 9, 2017 (UTC)

Hello! Sorry to address you so directly with something I'm sure you're most likely aware of already, but the changes you did with the "search by property" function (deleting "loyalty" and replacing it with "affiliation", to put it simply) are not working properly. The search displays about half of the possible results.

Also, infoboxes that used to list characters with their affiliation symbols next to them are not missing those symbols (eg. First Division box). I'm addressing this 'cause If I recall correctly, you did some tinkering to them too :).

Sorry for being so blunt, hopefully you're not offended in any way :)

Awesome, thanks for looking into it!! Another issue came up in the process, though: A second tag in the affiliation sections of characters now pops up (eg. 2 "Anime only" tags in Okisuke's infobox next to his affiliation to "Allied Shinobi Forces")--BerserkerPhantom (talk) 15:29, July 1, 2017 (UTC)

Removal of spaces around em-dashes

Just a question: Would it be bot-able to remove the spaces around all em-dashes (—) used in the wiki articles and to also move the articles that contain em-dashes? The moving could probably done by hand, though. • Seelentau 愛 議 03:01, July 2, 2017 (UTC)

With Naruto done for the most part and the majority of the uploads now coming from the Boruto series, is it possible for you to change the "other information" section of the image summary to default to "Boruto: Naruto Next Generations written by Ukyō Kodachi and illustrated by Mikio Ikemoto" instead? Or maybe a filter able list — if you're feeling adventurous.

I manually changed most of them today (although I think I may have made a mistake saying TV Tokyo instead but that's besides this point).--Cerez365™

Hey, Ultimate. I just wanted to let you know that I think "Uzumaki1naruto" is back on Naruto Answers operating as another username, LelouchOP. I can't be certain, but this individual appeared not long after we had our discussion about Uzumaki1naruto's age and his account was disabled. Not long after Uzumaki1naruto's account was disabled, this individual appeared asking the same unique type of questions. So I suspect he's trying to pass himself off as someone else. Can you issue a report and ask them to maybe check the IP address to confirmed it isn't him. Omega64 狐 (talk) 23:09, August 10, 2017 (UTC)

Thanks. Incidentally, can you ask to check "Alfa.Spirit" as well. I suspect the same thing (appeared right after Lelouch OP was removed). Maybe recommend to block IP address completely if it is the same person once again? Omega64 狐 (talk) 20:32, August 12, 2017 (UTC)

Update. I'm fairly certain "Alfa.Spirit" is indeed Uzumaki1Naruto and LelouchOP, he is asking similar questions in the same format as before. Omega64 狐 (talk) 23:14, August 24, 2017 (UTC)

I tried adding the Boruto tankōbon to List of Volumes by copying the code of the previous sections into a section for Boruto volumes. Info on the volumes such as image, titles, release dates, etc appeared ok, but for some reason, the chapter titles and links all just liked to the Naruto chapters of the same number. Any ideas? Omnibender - Talk - Contributions 13:47, October 10, 2017 (UTC)

Hello UltimateSupreme, What is the code to the height and weight unit conversion? Thank you in advance, for any answer you can provide. -- New World Dio •  Reply •  Contribs  19:55, October 15, 2017 (UTC)

2. In what ways does Sasuke even use his Sharingan for distraction and interrogation? Are there any examples for when he's used his Sharingan in either of these ways? --Chris Urena (talk) 04:08, November 21, 2017 (UTC)

Adding Infobox and Navigation boxes in Naruto and Boruto arcs

As the title said, I would like to add infobox and navigation boxes to Naruto and Boruto arcs. But before doing that, I need an approval from admin so that my works do not go on a waste. Please respond shortly. Thank you. ConTraZ VII (talk) 15:23, December 24, 2017 (UTC)

Is it too complicated to implement a scientific ninja tool annotation for jutsu infoboxes per Thread:251866? Not all SNTs have articles so I'm not sure how pointing them out in the annotation would work. Omnibender - Talk - Contributions 16:30, February 4, 2018 (UTC)

I'm hoping if you could help me with the coding on this wikia to be transferred to the other one, if that makes sense. For example, what I'm doing is just copy and pasting the coding on the Clan infobox here and trying to paste it into a new infobox there, however it says there is script errors: http://narutooriginals.wikia.com/wiki/Template:Clan_Infobox

Is there some things I am supposed to delete to get it to work over there? Will it not work at all? I just need help TTvTT

Job for your bot

Heya, could you get your bot to remove the spaces around all "—" that are used throughout the wiki please? This should also include article titles. I faintly remember asking you about this aeons ago... dunno^^ • Seelentau 愛 議 21:52, June 10, 2018 (UTC)

Hey, remember that filter you made for the Alej Bob sock puppet accounts? He seems to have smartened up about it, and the account names are more varied now. I've blocked quite a few accounts this past week, check block logs for names. Is there something you can tweak? The most ideal solution I can think of is to request a Check User from the various accounts and employ an account creation range-block, but I've had trouble in the past in getting staff to agree to do it. Even if they don't, I have a guess on which range to block. Omnibender - Talk - Contributions 19:13, July 19, 2018 (UTC)

Hello. Do you think there's a way to make it so the Manga row in the Debut section of the infoboxes says series-volume-chapter rather than volume-series-chapter? I think it sounds kinda messy.--JOA20 16:34, August 15, 2018 (UTC)

Can you make a slight change to team infoboxes? Normally, team jutsu will only be displayed based on the media criteria like it does in character infoboxes. Could you make so the "Team Jutsu" in the section links to a all media list, like "Jutsu" does in character infoboxes? With the recent renaming shuffle regarding the two generations of Team 7 and 10, going through their jutsu to make sure the their team jutsu (particularly the game ones) to make sure they still point to the correct team is kind of a pain. Omnibender - Talk - Contributions 20:55, August 17, 2018 (UTC)

What is your opinion on this thread? ★WindStar7125

I see you've been testing the potential future infoboxes. I did the same and found some issues: the {{top}} parameter that places its argument on the beginning of a page doesn't work, and the chapter summaries disappear... (I think the former can easily be fixed or perhaps not need to be used at all, but do the chapter summaries rely on SMW as well? Or something else?) And there are weird form issues too... EDIT: Never mind, found that issue is related to the current infoboxes and not the drafts. ★WindStar7125

Sorry, I presume you are busy (and that's totally fine), but is it possible you can comment on this thread, please? I've contacted Dantman and even he told me personally that he couldn't really contribute much to the conversation. In principle the proposal seems fine, but I'm hesitant to push forward with it because similarly to Dantman, I know the implementation details to an extent, but not deeply enough to move onward with the proposal. You are about the only one I know of who does know these details. ★WindStar7125

Hey-O UltimateSupreme! You may not remember me, but we were Vanguard members at the same time together before we both left the group. I’m the new Wiki Manager for Narutopedia, & I was just hoping you could check out the intro thread & proposal I made about that here. Thanks! -Ursuul (talk) 01:57, December 19, 2019 (UTC)

As you probably know, the forums are being retired soon; they're scheduled to be retired this month. In order for the wiki staff to continue to communicate about any wiki changes, I've created a discord for us so that communication may go more smoothly than if we tried to use the new Discussions feature, which for now lacks what we need.

The discord now has many people in it, but there is a separate role for all staff so that only staff can see chats relating to the wiki. If you'd rather not be bothered by the server unless for wiki-related purposes, you can simply mute the servers for general use and only be notified when the wiki-related channels are used.

Going further than that, you can even turn off notifications for the whole discord and only be notified when you are pinged.

Here is the link to the discord:

Retrieved from "https://naruto.fandom.com/wiki/User_talk:UltimateSupreme?oldid=1353910"
Community content is available under CC-BY-SA unless otherwise noted.