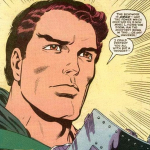 Hello Undominanthybrid, greetings and welcome to the Narutopedia! Thanks for your edit to the Talk:Tailed Beast Control page.

Re: Edit on the Edo Tensei page

Ah, I removed that under the impression that Kabuto had tried to manipulate Hanzō after he committed seppuku and I also thought I remembered Kabuto saying that he had bound them too loosely which was why something like that happened. In any case I'll readd it since I can't find the information to contradict it.--Cerez365™

Re: Seems like that we are a team, huh?

It is an intrusion, but I will answer you anyway. I am a diehard fan of the Underworld series just as I am with Naruto. So go and check the hybrid page in Underworld wikia.Undominanthybrid (talk) 14:52, April 26, 2012 (UTC)

I never did anything of the sort. If anything like that was noted, it was purely accidental and unintentional.Undominanthybrid (talk) 16:37, April 27, 2012 (UTC)

It is possible your account may have been hacked. Try changing your password, as such an edit to a talkpage is strange (except from users with 0 edits). You might want to ask Jacce or Simant to check and confirm. --Speysider (Talk Page) 17:08, April 27, 2012 (UTC)

If you are using the standard skin, you should see your user name at the right of the top of the page, with an arrow at the end. If you press the arrow, you see a link called "my preferences" (it is where you can edit your own basic information about your account). Under "My info" you can change your password. Jacce | Talk | Contributions 13:42, April 28, 2012 (UTC)

Re: On the other language Narutopedia

Uhm for discussions o.o you have to look at the time stamps. Some of the stuff that you're responding to is months-years old and or dead. Also if you find that you have an issue that falls under a current dead discussion you can either insert a break or a === sub-heading=== in the discussion and say you're reviving it. But only if you have valid stuff to add.--Cerez365™

Re: Edit on the Sasuke Uchiha page

I removed that link since they can use more than just that genjutsu using their eyes, so Kabuto was guarding against all Sharingan genjutsu, not that one in particular. TricksterKing (talk) 12:35, May 11, 2012 (UTC)

While on your talk page, go to the box with your username. Place your pointer at the right side, under the blue section. A edit button appears. Press it, and you can change some of your personal info. Jacce | Talk | Contributions 17:15, May 19, 2012 (UTC)

Some registered users was fighting a revert war on that page, so I had to lock the page for a while, giving them time to solve their difference on the talk page.

That part you're removing is referring to chapter 588 around page 7 or so. I must also apologise for the summary thing, I did read all that I saw, but it's possible some got cut off.--Cerez365™

When we have larger articles like those especially for main characters it is very easy for the information on there to span out of control. For one it is harder to monitor because people edit them on a constant basis and editors who do housekeeping might not be here at those intervals to review or else it may escape them. It happened before with Madara's article for example and we had to keep the article on watch because if Madara sneezed it went in his article as being something very grand. That being said, I've always thought of doing this- any query you have about info in a character's article please put it on their talkpage so that it can be addressed by everyone. I'll go ahead and remove the ones you've pointed out now because they are not true.--Cerez365™

Retrieved from "https://naruto.fandom.com/wiki/User_talk:Undominanthybrid?oldid=796935"
Community content is available under CC-BY-SA unless otherwise noted.