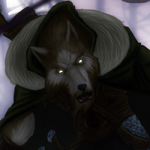 Hello VolteMetalic, greetings and welcome to the Narutopedia! Thanks for your edit to the Talk:Akatsuki page.

Re: Death and Life

I think 鍛 would be a better kanji for 'forge'.
That said, do you want the icons to be for kekkei genkai natures or kekkei tōta natures? —ShounenSuki (talk | contribs | translations) 08:08, July 25, 2011 (UTC)

I asked because I actually use a different style for kekkei genkai and kekkei tōta. I'll make Life and Death kekkei tōta for now then:

I chose (blood) red and (jade) green because those colours are traditionally used to symbolise life in both Eastern and Western cultures. It's really the same reason I chose black and white for the Death icon.
As for other icons… I'm always willing to help. Just tell me what you want it to be ^^ —ShounenSuki (talk | contribs | translations) 19:54, July 27, 2011 (UTC)

Sorry it took so long. Here is a black-and-white version of the image:

I'd love to create that image for you, but it'd be very difficult to get all designs into one. If you already have an idea on how it should look, please give me an image. If not, I'll see if I can concoct something pretty ^^ —ShounenSuki (talk | contribs | translations) 23:14, September 5, 2011 (UTC)

Did you mean something like this? Also, here's my go at it. I was trying to go for a manji-like pattern, as the manji is a symbol of perfection in Japan.
Oh, and to Ju gatsu mikka: I don't mind, but it's not very polite to fulfil requests made to someone else, without notifying them. —ShounenSuki (talk | contribs | translations) 22:21, September 7, 2011 (UTC)

I uploaded a new version with your changes added.
As for your other question: I personally would simply put the Byakugan on the forehead. You might find it somewhat odd-looking, but this third eye concept has a history dating back to times immemorial. It would almost be sacrilege not to put in on the forehead. —ShounenSuki (talk | contribs | translations) 15:02, September 8, 2011 (UTC)

There are no colour differences in the manga, which is what I based my image on. —ShounenSuki (talk | contribs | translations) 12:47, September 9, 2011 (UTC)

VolteMetalic I believe that as Onoki said his master passed the secrets of Dust Release onto him, I think this indicates that there doesn't need to be blood relation between users. I believe that for someone to use a Kekkai Tota, they simply need to be able to use the 3 elements of the Kekkai Tota to be taught the secrets of the jutsu. Maybe Muu only taught Onoki because he was able to use Wind, Earth and Fire natures. Because honestly, does Onoki look like he could be related to Muu? I think this might be the case with Kekkai Tota. --Miguelostos of the Void (talk) 00:52, November 25, 2011 (UTC)

you mean something like what I use on this page? Because then all you have to do is wrap the text between

Probably. Some wikis are getting a format change ahead of the global shift in December, to a new fluid/dynamic format or something that scales up and down across different resolutions much better, and there are gains in mobile screens as well. UltimateSupreme will probably be able to better inform you about it. Omnibender - Talk - Contributions 01:43, November 20, 2013 (UTC)

Retrieved from "https://naruto.fandom.com/wiki/User_talk:VolteMetalic?oldid=833269"
Community content is available under CC-BY-SA unless otherwise noted.