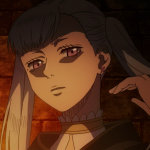 Welcome to my talkpage. Please remember to sign your comments by typing four tildes (~~~~) or by clicking on

I wanted to do this, but had to eliminate the links first.
And half of those edits would have needed to be done manually anyway, which is what I originally requested others prioritize. ~SnapperTo 19:37, December 14, 2014 (UTC)

Can you add the symbol at "Classification" of the "Tenseigan Chakra Mode" page's? →

Ok, tanks. If you need help, you can contact me. →

My deep apolgies windy, but what I thought it would be common sense to edit out the English words manually without compromising the added info on his background and added references, but kunoichi and this other dude GO UNDO all my work because a simple misunderstanding, they dare tell me to get banned, espically Kunoichi with here b#$#$%# attitude. I deeply apologize again for this grave mistake. MuhammadSarutobi (talk)MuhammadSarutobi.

Yes, I see. Let's try to explain to each other what we're doing wrong rather than randomly hitting the undo button. Many editors will tend to take offense when their edits are undone without and edit summary/reasoning why the edit was reverted.
~•WS7125[Mod]

The problem with the wikitext is I don't edit the source, I just insert the webpage of set object. ZabuzaTheDemon (talk) 04:11, December 19, 2014 (UTC)

You are misunderstanding me, I don't what does Third Raikage mean, I also did was use the insert tool. ZabuzaTheDemon (talk) 04:26, December 19, 2014 (UTC)

He refers to him as "Swirly" in the manga. Tobi isn't actually given the name "Guruguru" until a special page of the Jump magazine. Tobi, however, is his official name. ~ Ten Tailed Fox

Re: Can't believe my eyes

Like most, the real world demanded my attention. I don't have the luxury of youth any more.--Cerez365™

Retrieved from "https://naruto.fandom.com/wiki/User_talk:WindStar7125?oldid=990803"
Community content is available under CC-BY-SA unless otherwise noted.