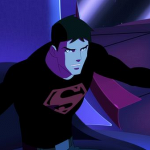 Hello Youngjusticeplayer007, greetings and welcome to the Narutopedia! Thanks for your edit to the Sannin page.

Read it before uploading further images to the wiki. Also don't add images to articles if they have no license metadata or fair use rationale. --Speysider Talk Page | My Image Uploads | Tabber Code | My Wiki | Channel 21:05, July 12, 2012 (UTC)

Don't add speculation to articles. Things like "he would've won had not [insert event] happened" or "he was thought to have defeated [Character name]". We only deal in cold hard facts. Also, if someone reverts your edits, don't continue to add them back; there is a reason they were reverted. ~ Ten Tailed Fox

Please stop removing the piece of information where it states that "Tobirama was capable of directly going up against twenty elite Kumogakure shinobi all by himself." This is fact. (Source: http://narutobase.net/manga/Naruto/481/4) Rxd (talk) 22:12, September 25, 2013 (UTC)

actually you need to stop changing it. it is an unnecessary addition to this, it is said in the backround and its not as if we were able to see the battle itself im not disputing that he went off to face 20 but so it makes no sense to have it here like we know what happens. --Youngjusticeplayer007 (talk) 22:20, September 25, 2013 (UTC)

There are plenty of articles on characters where information stated in the Background section of the page is also stated (though slightly altered to avoid repetition) in the Abilities section to further compliment/explain the abilities of said character.

well thank you but just to say something and its that when it is repeated it is usually something that we see or is praised about by many other people but with Tobirama we just know he did this thing and that he died doing it which is kinda something you dont want when your trying to mostly praise someone's abilities --Youngjusticeplayer007 (talk) 22:37, September 25, 2013 (UTC)

Re: Revision of edits

First of all I'd appreciate a "you guys" unless you want me to call you a "100 edit noob"!in return.

While I am my sure about anyone else's reason and I made it clear in my edit summary, additions like the one you did to Minato's articles are unnecessary. He has a large section dedicated to his abilities. We let things like those speak for themselves. Suigetsu's mention about a war he knew nothing about is hardly noteworthy in any way. The revision you made would have stayed if the persons article needed to be 'fluffed' these are Kage at that, they have extraordinary feats under their belts already. I see no need to mention something like that.--Cerez365™

Re: Hashirama and Tobirama chakra edit

You keep on adding edits to peoples abilities that you are insinuating from making assumptions. We were told that the barrier was kage-level. Never chakra taxing. Minato also despite showing showings of fatigue was still able to operate 100% until he flew with the entire Alliance outside the barrier. Yo also need to factor in the fact that they are reincarnated shinobi so we cannot gauge things like stamina until someone says something (eg Hashirama comparing Naruto's chakra volume to his own).--Cerez365™

Maybe I should revise my statement: your revision is nitpicking at best especially for characters who do not need their articles boosted for lack of information. I'm not saying that the barrier does not require a great deal of chakra to use or even maintain but you're throwing in the fact that they were able to continue fighting right after, that's not a proper measure of stamina. --Cerez365™

Minato as the fastest in history

The person who said that was not me, but another user. And even so, you have many good points, but lets review why Minato is regarded as the fastest.

Now not to say that all of the aforementioned individuals aren't fast, it's just that with the combination of each character's abilities, Minato is the fastest, though not by that much.--NaviiGator (A.K.A.KotoSenju)Talk Page-My Contributions 05:33, March 11, 2014 (UTC)

In Chapter 639, Minato only points out that Tobirama is sort of rash, though strategic, when acting against the enemy. That would be his infinite-explosion attempt against Obito. He wasn't literally referring to Tobirama's physical speed. And Although Tobirama didn't acknowledge Minato's reflexes he still acknowledged the latter's physical speed as superior to his own. Either way, reflexes do not equate to being considered the fastest shinobi.

Now, about the issue of the titles. I'd personally say that I'm only in favor of the title in Tobirama's case. Since he was actually labelled as the fastest shinobi of his era, by Madara, another person who is from his era (which is already accredited to him in his Abilities section). However, I can't say the same for A since he was still apart of Minato's era, but that bit of info is written on his page too. And when you consider Naruto, I definitely have to say no; only because he was never officially given the recognition, or title, therefore it would be "'fandubbed" (same goes for the Third Raikage). And as you know... we don't do that here on our site.

Whether Minato said that Tobirama was "always fast to act" or "..is so fast!", is all up to the translation of the chapter. However, you see, Minato could not have addressed Tobirama's physical speed regardless due to the fact that Tobirama wasn't actually going anywhere lol. Furthermore, Tobirama referred to the Shunshin No Jutsu which translates to the Body Flicker Technique. Just check that link and see. Therefore the point remains the same, Tobirama acknowledges that Minato is physically faster than himself.

To me, what defines something as a title is both the manner in which is mentioned, and how it differs from normal dialogue. For example "God of Shinobi" isn't something that is casually mentioned, or thrown in lightly. "Fastest Shinobi" on the other hand, is rather indistinguishable from regular dialogue. It's something that can pop up much more easily. To me, "fastest shinobi" isn't really a title. Omnibender - Talk - Contributions 23:07, March 12, 2014 (UTC)

I just watched the episode. On both a taijutsu and kenjutsu level, Izuna bested Tobirama. Izuna's fire technique was even able to match one of Tobirama's water techniques, a supposedly superior nature, causing them to cancel out. It is completely legitimate to say he was superior to Tobirama in kenjutsu. Sorry that bunches your shorts, thats just how it is. ~ Ten Tailed Fox

I don't think you understand what exactly the point is. At the time that Tobirama landed the fatal wound on Izuna, we know that the two were considered to be, in Itachi's words, "equal in every way", per chapter 386 page 5. The difference is, Madara gained Izuna's eyes and Izuna died. I know of no source saying that Madara was greater than his brother when they had equivalent "hardware", so to speak. Now, the point is that Tobirama managed to defeat someone who was about equivalent to Madara at the time when Madara's strength gained legendary status. It seems quite a relevant fact to point out. Skitts (talk) 23:14, July 18, 2014 (UTC)

can you teach me how to edit its really confusing --Scott

when i wanna make an edit i dont know how to make another bullet im really confused by it--ScottUchiha (talk) 20:16, July 19, 2014 (UTC)ScottUchiha

Retrieved from "https://naruto.fandom.com/wiki/User_talk:Youngjusticeplayer007?oldid=899416"
Community content is available under CC-BY-SA unless otherwise noted.