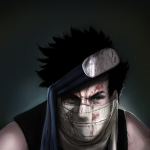 Hello ZabuzaTheDemon, greetings and welcome to the Narutopedia! Thanks for your edit to the A (Fourth Raikage) page.

There's a lot to do around here, so we hope you'll stay with us and make many more contributions. And again, welcome to Narutopedia. Please leave a message on my talk page if I can help with anything! -- Dantman (talk) 05:28, December 19, 2014 (UTC)

I think it's great that you are adding references to the articles, please make sure that only manga pages are included one more thing use Italics Naruto, and you can change your visual editor to source editor by changing here Thanks for editing :)--Naruto uzu6254 (talk) 11:13, December 19, 2014 (UTC)

Re: Yahiko and the Second Shinobi World War

Wait a minute Itachi, let's take this slowly. First of you are the one that convinced me that Obito was much older than 13, I hope you don't change that. Secondly I am confused on how you did the calculation for Yahiko, I fully understand Nagato-Konan.ZabuzaTheDemon (talk) 08:19, December 28, 2014 (UTC)

Are you saying your timeline is incorrect, it took me days to understand this because I was actually using your timeline as my focal point example, I thought Nagato died at 16 ANB which was wrong, in fact it was 17 ANB as Seelantau said in his timeline. But why are you dismissing Obito's age, you convinced me he wasn't 13, in fact much older based on the Genin age. NOW I FULLY UNDERSTAND, I will start working on your timeline Block by Block. So the first Block we should change is the Yahiko-Nagato-Konan death and birth, also I find it interesting you used other characters timeline, I never thought about this way, I think we can do this for other characters, interesting approach. ZabuzaTheDemon (talk) 13:40, December 29, 2014 (UTC)

Yes the timeline I have on my page is imperfect and outdated to the point I forgot about it, but it seems your on a mission to update and fix it and I am ok with that. Just remember whatever changes you want to make we need to talk about first. You can do the changes we already talked about on my page just now too. ItachiWasAHero (talk) 16:26, December 30, 2014 (UTC)

The editor that undid your revision is female — just so you don't misgender her again.

I cannot speak to why she undid your edit altogether - that's simply how she chose to handle the edit. The fact that it wasn't written in a grammatically correct format may have contributed to that, and while you did leave a reference, there was no reference heading so it would have "broke" the page.--Cerez365™

The table is needed to understand the group dynamics of the previous and the latest generation. I understand people like you who want to wash away all the effort is taken to compile a perfect wikitable. ZabuzaTheDemon (talk) 00:12, January 6, 2016 (UTC)

What is the inaccuracy speak fast instead of repeating your words again and again, you are wasting my time. You just have been here for a month and you think you can boss people around???? ZabuzaTheDemon (talk) 00:19, January 6, 2016 (UTC)

I'm sorry that you feel that way, but I'm not bossing you around :]. Inaccuracies: Mangetsu had wielded all swords, the "current" generation is wrong because it is not "current", speculation with Kakashi, etc. I'll avoid repeating myself so I won't repeat the previous parts (which are as valid as these arguments.) Also DO NOT be insulting or you'll have to face severe consequences from one of our awesome moderators.--Ghostrick142 (talk) 00:21, January 6, 2016 (UTC)

You are inaccurate and know nothing about Naruto, Mangetsu has the ability to wield the swords, he is not the primary wielder of all the swords, hence the difference. In fact Kishi hinted his primary weapon being the last sword (Hiramekarei) which is used by the future Mizukage. Also I never said the current generation, re-read and stop lying about the table. I wrote the current owners. Kakashi wasn't speculation it was confirmed when he took it in possession and even used it, it's whereabouts are unknown but we can assume Kakashi putted it somewhere. What consequence would I face when someone who knows nothing about the Seven Swordsman comes bossing around me here???? Fake fans like you are annoying as fuck. ZabuzaTheDemon (talk) 00:25, January 6, 2016 (UTC)

It was revealed that, at some point in his life, Mangetsu had wielded all seven swords, either separately or together (Fourth databook revealed that, but it also mentioned that he did not master all of them). You did say "current generation", your headline was "Strongest and current generation". "We can assume". The fact that Kakashi had picked it up and swung it once does not mean that he wields it now, so... speculation. Please do not be insulting.--Ghostrick142 (talk) 00:30, January 6, 2016 (UTC)

English do you speak it. You know the word ABILITY, it is clear the members allowed him to carry the sword and even train with it, but as soon as battle they are the primary wielders, that is why he is the one with the scroll in the team, the one that summons the weapons.

No my headline said latest and strongest generation Stop lying through your teeth please, go check my profile, you will see.

>"We can assume". The fact that Kakashi had picked it up and swung it once does not mean that he wields it now

We can assume he is the LATEST wielder, the same way Killer B is the latest wielder and owner, there is no evidence that Kakashi has given to anyone the sword.

>Please do not be insulting

Your stupidity is insulting to me, and that I have to argue basic Naruto facts about the Seven Swordsmen. Waste of my goddamn time. ZabuzaTheDemon (talk) 00:37, January 6, 2016 (UTC)

Emm... My english is perfectly fine. To answer your first question: You don't know that. It was revealed that he had used them and that is plenty. Second: "latest" = "current", srry. Third: We can't assume nothing until it's proven otherwise; We can also assume that Kakashi had returned that sword to Chojuro as the five villages are in great terms, so here's an assumption for you. Also check this. Have a wonderful day/evening :)--Ghostrick142 (talk) 00:40, January 6, 2016 (UTC)

ZabuzaTheDemon, you should watch your language, insulting others does not help your point getting across, it merely brings you closer to being blocked and your content removed for sure. So if you really want to feature that table so badly, bring it to the talkpage for other people to bring in their opinion. If there is broad approval, it gets added. If not, things stay as they are. Norleon (talk) 00:44, January 6, 2016 (UTC)

>Emm... My english is perfectly fine.

I don't think so, it seems very bad, or else you would understand that Mangetsu is not the owner of the seven swords, he merely has the ability to use them.

>To answer your first question: You don't know that.

I do know that, that is why I said it.

>It was revealed that he had used them and that is plenty.

Just use them, not the primary wielder and owner. His primary weapon is the Hiramekarei

Open the dictionary and you will how wrong you are.

>Third: We can't assume nothing until it's proven otherwise

It has already been proven.

We can't assume that becuase it never happened, what happened was Kakashi took the sword as the rightful owner.

>so here's an assumption for you. Also check this.

I see nothing new, you are just repeating my main point which Mangetsu has the ability to use the swords, so what???

>Have a wonderful day/evening :)

I saw this in the feed and felt it necessary to put the record straight. The talkpage here does not belong to you whatsoever. It is not your property, it is a community space for people to leave you messages. You don't get to remove things for any reason, except if the content violates Wikia TOU. Read the talkpage policy that Jacce has linked you and you'll see that you can't just remove things from the talkpage. --SuperSajuuk (talk) 17:50, January 6, 2016 (UTC)

Well I have been out of the game for a while and I ventured into the Wikipedia, the mother of all Wiki, where in there you can change your talk page as much as you like, thought the rules were similar. ZabuzaTheDemon (talk) 18:02, January 6, 2016 (UTC)

This is not Wikipedia. This is Narutopedia. Just because this wiki was based on many Wikipedia policies does not mean it follows all of them. And no, Wikipedia does not have any policy that allows you to simply remove the contents of your talkpage for no reason and they certainly have nothing that stipulates the talkpage belongs to you, either: in fact, their policy is that user pages (including user talkpages) are not the property of the user and belong to the community. Being "out of the game" is not an excuse: the policy is that you may archive your talkpage using the archive tool, but you cannot simply remove the contents of the talkpage simply so you don't need to see messages you do not like. --SuperSajuuk (talk) 18:10, January 6, 2016 (UTC)

You can remove any content in your Wikipedia talk page, I have done it many times, and other users have done it many times of the months I have been there. I also gave my reasons for removal of the content in my talkpage here in Narutopedia, as I wanted to restore to it's 2015 version of it. I'm not removing simply things I don't like, I'm removing because it's an eyesore to my talkpage, and the content needs to be moved towards the Seven Swordsmen page ZabuzaTheDemon (talk) 18:14, January 6, 2016 (UTC)

Retrieved from "https://naruto.fandom.com/wiki/User_talk:ZabuzaTheDemon?oldid=1118603"
Community content is available under CC-BY-SA unless otherwise noted.