As a member of the Police Force, he assisted Fugaku Uchiha in his duties.

Though much is not known of him, the databook noted that he felt a strong affection towards the Uchiha clan and was fiercely loyal to it.[1]

Yakumi had dark hair which he wore in a topknot and dark eyes with pronounced tear troughs. He wore the standard attire of the Konoha shinobi which included a flak jacket and the shoulders of his shirt was emblazoned with the symbol of the Police Force.

As a part of the Konoha Military Police Force, he was undoubtedly a very skilled shinobi. 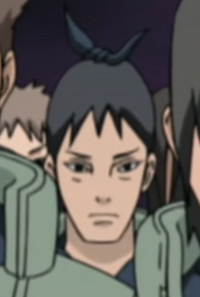